To help you through this weekend’s likely bout of Lent Madness Withdrawal, the Supreme Executive Committee wishes to offer menu suggestions for Palm Sunday. We hope this will also aid in your discernment as to which of the Faithful Four you will seek to propel into the championship battle on Spy Wednesday.

Monday morning, Margaret of Scotland will face Mary Magdalene beginning at 8 a.m. Eastern time. One of two queens in the Faithful Four, Margaret will face the “Apostle to the Apostles.”

Flickr user Meri Tosh gives us this picture of the classic Scottish food, haggis. Of course, whether it is food is debatable, but that’s not our purpose here. Because the SEC seeks to be inclusive, we note (with some wariness) that there is something called “vegetarian haggis” too. 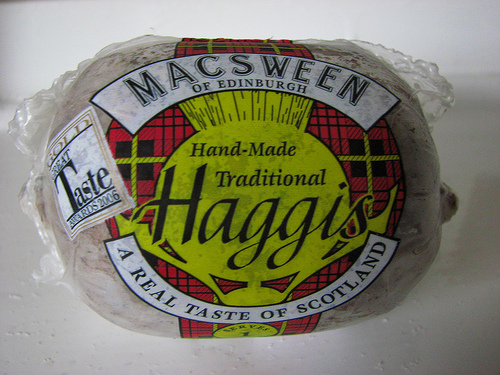 Finding food to represent Mary Magdalene was tricky. The one time in scripture we know she showed up for dinner, she brought ointment in an alabaster jar (or so Pope Gregory the Great said, referring to Luke 7:37). That seemed like a lousy choice for an illustration, so we combed through tradition. She is said to have confronted the Emperor Tiberius to tell him of Christ’s resurrection whilst holding an egg. The emperor laughed and said that Christ’s resurrection was as likely as that plain white egg turning red. Well, guess what happened? So here we portray Mary’s red eggs (thanks to Flickr user jessmonster). 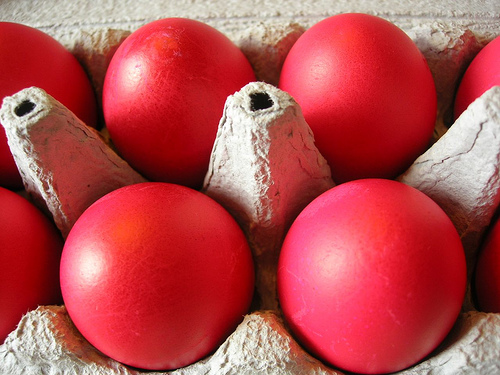 On Tuesday morning, Emma of Hawaii is up against Dietrich Bonhoeffer. The action begins promptly at 8 a.m. Eastern time.

People will argue about the quintessential German food. Here we shall go with the classic pretzel as portrayed by Flickr user avlxyz. 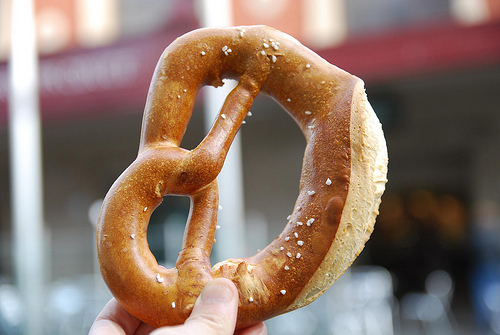 Finally, a photo which shows the ubiquity of Hawaiian influence on pan-Asian cuisine. A few years ago, I snapped this photo in Tokyo. Yes, that’s a Hawaiian food truck. In Tokyo. 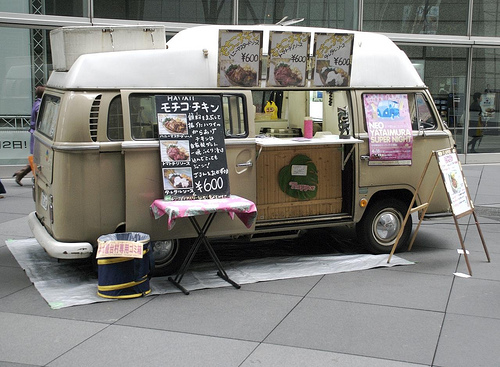 So there you have it. Tomorrow after church, have a meal with eggs, haggis, pretzels, and perhaps some fruit. As you say grace, ask God to inspire you through dining.

Be known to us, Lent Madness, in the breaking of the pretzel, the cracking of the eggs, the slicing of the haggis, and the peeling of the pineapple.

28 Comments to "Foods of the Faithful Four"