We're getting closer, friends. In less than 24 hours we'll know who will be competing against Harriet Bedell for the Golden Halo. Yes, you heard that correctly, Harriet Bedell! Did anyone who filled out a bracket have Harriet competing in the championship round? Anybody? Harriet capped off a stunning Cinderella-like romp through Lent Madness 2014 by defeating Lydia yesterday 54% to 46% and will vie for the Golden Halo on Spy Wednesday with either Charles Wesley or Phillips Brooks.

After watching Tim and Scott's last Lenten edition of the award winning (well, not yet but we're optimistic and/or deluded) Monday Madness, let's see what the Archbishops have to say about today's match-up: 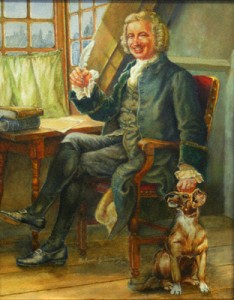 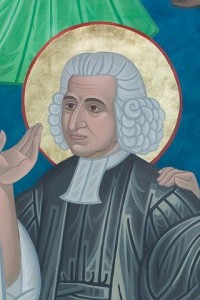 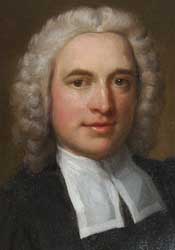 And the hymns…Charles Wesley’s many hymns were to him yet another means by which the gospel could be heard, that Jesus Christ could be known, and Jesus’ love could be felt by everyone. The famous 19th century American preacher Henry Ward Beecher once confessed his understanding of the power of those hymns to stir the heart when he said: “I would rather have written that hymn of Wesley's, Jesus, Lover of My Soul, than to have the fame of all the kings that ever sat on the earth.” 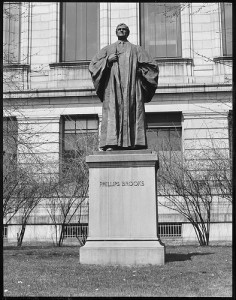 The danger facing all of us -- let me say it again, for one feels it tremendously -- is not that we shall 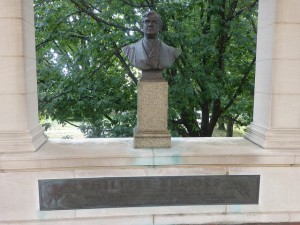 make an absolute failure of life, nor that we shall fall into outright viciousness, nor that we shall be terribly unhappy, nor that we shall feel that life has no meaning at all -- not these things. The danger is that we may fail to perceive life's greatest meaning, fall short of its highest good, miss its deepest and most abiding happiness, be unable to render the most needed service, be unconscious of life ablaze with the light of the Presence of God -- and be content to have it so -- that is the danger. That some day we may wake up and find that always we have been busy with the husks and trappings of life -- and have really missed life itself. For life without God, to one who has known the richness and joy of life with Him, is unthinkable, impossible. That is what one prays one's friends may be spared -- satisfaction with a life that falls short of the best, that has in it no tingle and thrill which come from a friendship with the Father. 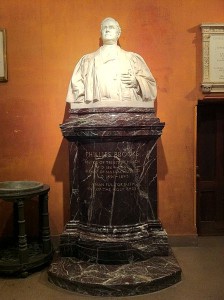 “There is one universal religion, Helen - the religion of Love. Love your Heavenly Father with your whole heart and soul, love every child of God as much as ever you can, and remember that the possibilities of good are greater than the possibilities of evil; and you have the key to Heaven.”