Early this morning, at about 8:20 am EST, the Lent Madness website went down. You probably heard the collective weeping and 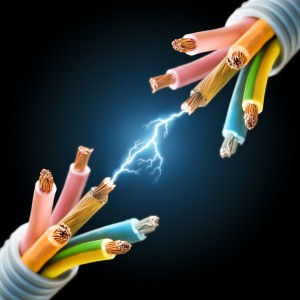 gnashing of teeth that rang out all over the globe. Or you may have noticed the uptick in purple votive candle sales that impacted the international markets.

After a lot of hard work, we are pleased to announce that the saintly smackdown is back up and running. Scott and Celebrity Blogger David Sibley (hard core technophiles) were able to remedy the presenting issue. This was particularly impressive since Scott is currently in Rwanda on a pilgrimage with Episcopal Migration Ministries. Also, when it comes to technical fixes, Tim is useless.

Our (soon to be former) hosting company 1and1 shut the site down due to high volume without giving us any notice. The good news is that we are provisionally back up and running and you can now go vote in today’s matchup between Balthazar and Cecilia. . The bad news is that we will need to shut the site down again to switch servers (hopefully on Sunday so it won’t affect voting). We’ll keep you posted.

Update 11:13 PM EST: Because of the high server load, things continue to be quite slow and a bit dicey – but voting is open, and votes are being recorded. Our advice: keep trying to vote!

In order to give both Balthazar and Cecilia their due. We are extending the voting period until tomorrow (Saturday) at 2:00 pm EST.  Then the polls will close and all will be right with the world. For the time being.

Now, to assign blame. That’s the Christian thing to do, right? We have several working theories:

1. Hildegard of Bingen, furious at losing such a close battle to Egeria, pulled the plug out of holy spite.

2. Cuthbert’s otters got loose and gnawed through the wires.

3. The Celebrity Bloggers failed in their coup attempt to unseat the SEC.

4. Feral cats, irate that there is no Official Cat of Lent Madness, scratched the server to death.

5. The collective price paid for those who have faltered in their Lenten disciplines.

7. The Wrath of the Archbishops.

8. Those who skip Lent altogether and gorge themselves on Easter Peeps. On Good Friday.

Thank you for your forbearance during this brief glimpse into a life devoid of Lent Madness. It was indeed a harrowing vision of Dante-esque proportions.