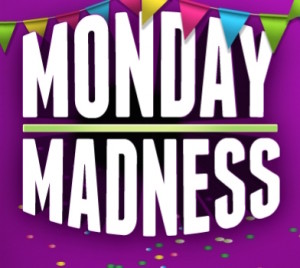 As we get started in the Great Fifty Days of the Easter season, most of us are still basking in the glow of Lent Madness 2015, with its epic final battle between two worthies, Francis of Assisi vs. Brigid of Kildare. Francis earned his golden halo, and in today’s episode of Monday Madness, Tim and Scott talk about the first-ever silver halo awarded to Brigid. That’s not all. They talk about some exciting new items for the Lentorium, especially Francis of Assisi mugs and Brigid of Kildare pint glasses. (Order your Brigid pint glass now at the special pre-order price of just eleven bucks and enjoy 16 ounces of beer, root beer, or your beverage of choice.)

Last but not least, tune in for details of how you’ll be able to nominate saints for the 2016 edition of Lent Madness, which starts in only 310 days. Oh, and you’ll notice Scott and Tim tout their favorite baseball teams, both of which won today on Major League Baseball’s opening day.

As you try to stave of Lent Madness Withdrawal until it’s time for the next season, we encourage you to watch the entire oeuvre of Monday Madness and Archbishops’ Commentary episodes on Lent Madness TV. You should also sign up for email updates over at 50 Days of Fabulous, where the SEC and several Celebrity Bloggers, along with others, will be offering reflections throughout the entire Easter season.