One of three Celebrity Bloggers named David (shockingly we have none named Goliath), David Creech is entering his third year as a Lent Madness contributor. As a professor with a fancy PhD, he makes us all appear to be smarter than we actually are. We are grateful for that, even if we’ve never been able to figure out why his blog is named Dying Sparrows. 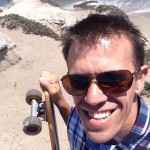 1. Since being named a Celebrity Blogger is obviously your greatest lifetime achievement, how will you handle the inevitable post-Lenten letdown?
It’s hard to overstate the huge disappointment after my 40 days of fame finally runs its course. The first year I just sat in the dark listening to Depeche Mode for like three weeks. Then I discovered 50 Days of Fabulous. I blogged for them and in so doing more than doubled my time in the spotlight. You have no idea the rush of narcissistic joy it brings to write about Jesus on these world-renowned platforms.

2. What is the single strangest thing you’ve learned about one of your assigned saints?
One of my favorite stories is about Joseph, the father of Jesus. Apparently he was a bit of a hack carpenter, struggling to make basic measurements. Fortunately he had Christ for a son who would simply stretch the poorly measured boards and BAM! Best benches ever. 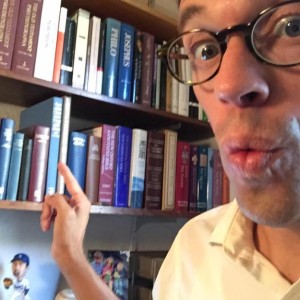 St. Catherine’s Bloody Milk (Just kidding. That’s not a real food. But is that not the coolest story?!?!)

4. Besides Lent Madness, what do you most look forward to during the season of Lent?
While the hair shirt and whip for self-flagellation bring a certain amount of joy, my favorite part of Lent is the time it affords me to reflect on our humanity and creatureliness and the mystery of God’s gracious interactions with us.