Today marks the final day of another epic Celebrity Blogger Week! And that can mean only one thing...Lent Madness draweth nigh. But first, say hello to Dr. Derek Olsen. Yes, we have so many doctors serving as Celebrity Bloggers that we're considering opening our own practice. Or at least solving the health care conundrum by initiating LentMadnessCare. Stay tuned for details on how to sign up. 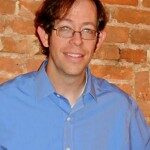 1. What is the single most inspirational place you have ever visited (besides your own church).
The consistently most inspirational place in my life is Fort McHenry. Oddly enough, I find that I get inspired when I run, and when I need inspiration, or to clear my head, or to think through something I'm working on, I'll throw on my shoes and hit the pavement. Since my family lives in South Baltimore, my favorite five mile loop takes me right around Fort McHenry--so that's where I head to get inspired.

2. Share one unusual fact about yourself with the Lent Madness public.
I think I'm a pretty ordinary guy but at least once a week or so one of my girls will stop in their tracks, stare at me, cock their head to one side and say, "Dad--you are so strange." So, I'd let them answer this one but I'm afraid of what they'd say... 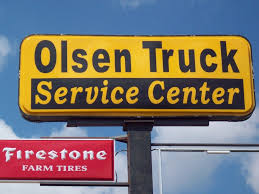 The most inspiring episode from my saints this year is the fact that Henry Beard Delaney was consecrated as Bishop in a chapel that he had design and built with his own hands (and the help of his students)! The most disturbing is St Alban's eye-popping episode.

4. If you could get just one tattoo this Lent, what would it be? (besides the Lent Madness logo and "none" is not an option).
I'm planning a full-size back tattoo of the two members of the Lent Madness Supreme Council arm-wrestling. Since I write books for Forward Movement and need to keep him on my good side, Scott Gunn will be winning. (Sorry, Tim!)