“Get thee to a nunnery!” could be the theme of today’s matchup between Eva Lee Matthews of the Community of the Transfiguration and Margaret of Castello of the Dominican Sisters. These faithful women meet in this sure-to-be hotly contested Saintly Sixteen battle.

If you missed yesterday’s episode of Monday Madness with Tim and Scott, you can watch it here. This historic episode includes the first-ever post-credits scene. Check it out and then go vote! 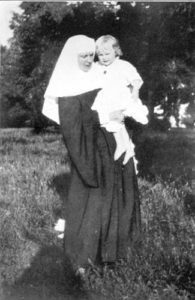 A collect for Eval Lee Matthews: O God, whose blessed Son became poor that we through his poverty might be rich: Deliver us, we pray thee from an inordinate love of this world, that, inspired by the devotion of thy servant Eva Lee Matthews, we may serve thee with singleness of heart, and attain to the riches of the age to come; through the same thy Son Jesus Christ our Lord, who liveth and reigneth with thee, in the unity of the Holy Spirit, one God, now and forever. Amen. Retrieved from the Episcopal Church’s website. 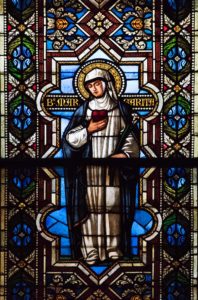 106 Comments to "Eva Lee Matthews vs. Margaret of Castello"