One of the joys of Lent Madness is engaging with both well-known and virtually unknown saintly souls. Many have heard of Harriet Tubman and know of her work as a conductor on the Underground Railroad. Few, perhaps, know the story of Julie Billiart, a courageous French nun who lived through the French Revolution. That’s your choice today as we cast our last vote of the week.

Yesterday, Elizabeth Fry scorched Florian 82% to 18% in the biggest rout of our tournament to date. Speaking of which…with the cancellation of this year’s March Madness NCAA tournament, Lent Madness is officially the longest-running consecutive bracket-based tournament in the world! (11 years and counting). Sorry basketball fans.

Try to survive without us this weekend, and we’ll see everyone first thing Monday Morning as Joanna the Myrrhbearer faces Junia. Now go vote! 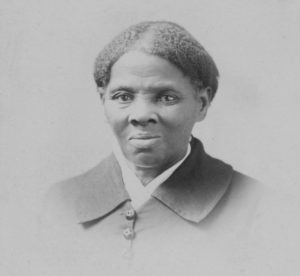 Araminta Ross was born into slavery around 1822 in Maryland, the fifth of nine children. Later, she took the name Harriet and her husband’s name, Tubman. In 1849, she escaped to freedom using the Underground Railroad, a network of abolitionists, black and white, offering protection and support to escaped slaves from the south.

Harriet faced daily physical violence that caused her permanent injuries. She began to work when she was five years old and at around twelve, Harriet began working in the fields. Harriet was strong and stood up for justice even as a young person. Once, an overseer threw a two-pound weight at her and struck her in the head for standing in the way of him getting to a fugitive slave. As a consequence of these abuses, she suffered seizures and severe headaches for the rest of her life. The head injury also appeared to be the start of vivid religious visions and dreams that played a major role in Harriet’s life.

Between 1850 and 1860, Harriet made about thirteen trips on the Underground Railroad, guiding more than seventy people, including part of her family, from slavery to freedom, and earning the nickname “Moses” for her direction. Because of the Fugitive Slave Act of 1850—which required that all escaped slaves be returned to their owners—Harriet led freedom seekers out of the United States and into Canada.

Harriet’s commitment to abolishing the slave system took her to South Carolina during the Civil War where she served as nurse, cook, armed scout, and spy in the Union army. She was the first woman to lead an armed assault during the Civil War and rescued more than 700 slaves.

After the war, Harriet settled in Auburn, New York. There, she continued her justice work as a community activist, humanitarian, and suffragist. In her 70s Harriet showed special concern for the elderly because there were few social services available. Her dream was to build a house for the elderly, and in 1908 Harriet Tubman Home was inaugurated with Harriet as the guest of honor.

Harriet is the Underground Railroad’s most famous “conductor.” Her success led slaveowners to post rewards for her capture or death. She was never caught and never lost a “passenger.”

Collect for Harriet Tubman
O God, whose Spirit guides us into all truth and makes us free: Strengthen and sustain us as you did your servant Harriet. Give us vision and courage to stand against oppression and injustice and all that works against the glorious liberty to which you call all your children; through Jesus Christ our Savior, who lives and reigns with you and the Holy Spirit, one God, for ever and ever. Amen. 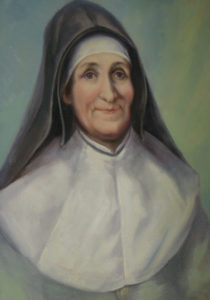 Born in Cuvilly, France, on July 12, 1751, Sister Julie Billiart always loved to teach. It is said that her favorite game as a child was “playing school.” An avid student, she loved to study facts and prayers and memorized the catechism by age seven. A local priest noticed her early love for Jesus and the church and allowed Julie to make her first communion at the age of nine. Five years later, she took a vow of chastity and became known as the saint of Cuvilly for her piety and devotion.

When she was twenty-two, her father was the victim of an attempted murder. The stress and anxiety from the attack may have caused a nerves-induced paralysis of Julie’s lower limbs. For the next thirty years, she was confined to a bed. Yet she knitted lace and linens for those in need and, from her bedside, helped local children prepare for their first communion.

At the outbreak of the French Revolution in 1789, Julie began hiding priests in her home to protect them. The resistance learned of her efforts, and for her own safety, Julie was smuggled out of Cuvilly in a haycart. Despite the stress and anxiety of the war, her spiritual life flourished, and many came to her, seeking guidance and wisdom about how to pray and to develop a contemplative life centered on God. One of the women who visited was Françoise Blin de Bourdon, the Viscountess of Gézaincourt; she eventually helped Sister Julie found the Congregation of the Sisters of Notre Dame de Namur, which was inspired, in part, by visions Julie had of Christ surrounded by women in religious habits and a voice saying, “Behold these spiritual daughters whom I give you in an institute marked by the cross.” The Sisters of Notre Dame devoted themselves to the care and education of the orphaned children of France.

It is said that on the feast of the Sacred Heart, Sister Julie made a novena to her confessor and was cured of her paralysis. Her remarkable life teaches us that our spiritual gifts are not restricted by the limitations of our bodies. She died in 1816, at the motherhouse of her institute in Namur, Belgium, at the age of 64. Many schools exist in her honor, including many Notre Dame schools in the United States and the United Kingdom. Her feast day is April 8.

Collect for Julie Billiart
Almighty God, by your Holy Spirit you have made us one with your saints in heaven and on earth: Grant that in our earthly pilgrimage we may always be supported by this fellowship of love and prayer, and know ourselves to be surrounded by their witness to your power and mercy. We ask this for the sake of Jesus Christ, in whom all our intercessions are acceptable through the Spirit, and who lives and reigns for ever and ever. Amen.