Today in Lent Madness, we head back to the Biblical quadrant as Joanna the Myrrhbearer takes on Bartimaeus. The winner will face Joseph in the Elate Eight. Should Joanna have brought gold or frankincense instead? We’ll soon find out.

Yesterday Harriet Tubman swept past James Solomon Russell 75% to 25%. She’ll lock horns with Herman of Alaska in the Elate Eight. 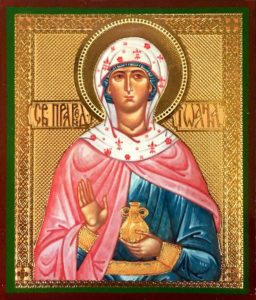 Bauckham writes that she could have remained a “sympathizer with Jesus’ movement without leaving her home and social location.” “But Joanna took the step of discipleship, for her a step across the whole of the social gulf that separated the Tiberian elite from the ordinary people, not to mention the beggars, the prostitutes, and other outcasts with whom Jesus habitually associated,” he said. 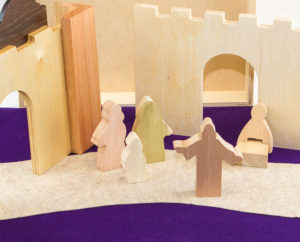 Bartimaeus’ simple prayer, “Jesus, son of David, have mercy on me!” has been prayed by many people throughout time. This prayer has been used in sermons and bible studies and healing services and some even attribute it as being the basis of The Jesus Prayer, “Lord Jesus Christ, Son of God, have mercy on me.” Some recite the Jesus Prayer and include a last part, “a sinner” to show repentance. The Jesus prayer is used widely throughout the Orthodox Church and many other Christian denominations.

96 Comments to "Joanna the Myrrhbearer vs. Bartimaeus"