In today's match-up we get a 20th century monk/best-selling author with a lot of letters after his name versus a 19th century missionary bishop with what just might be the best name in Lent Madness (Enmegahbowh may beg to differ). Will the Kenyon College students and alums rally to put Philander Chase over the top? Or will the many who have read and been touched by Thomas Merton's "The Seven Storey Mountain" jump to his cause? Only you and the next 24 hours will tell.

In yesterday's battle, Mary Magdalene swept to a resounding victory over John Huss (66% to 34% with well over 1,700 votes cast), setting up a wild Round of the Saintly Sixteen match-up with Joan of Arc. Magdalene vs. Huss also set a record with over 100 comments! Keep up the good work, friends, and don't forget to check out the updated bracket and the calendar of upcoming battles. 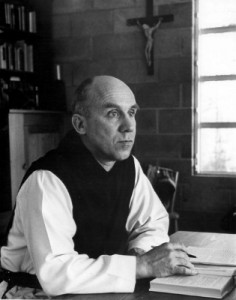 Merton's mother died when he was six which led to a complicated childhood, moving between his father, his grandparents in New York, and boarding schools in France and England. His father died in 1931. Merton went to Clare College, Cambridge, in 1933 where he lived a dissolute life and it is likely that he fathered a child. His guardian, Tom Bennett, who had been a classmate of Owen’s in New Zealand, intervened and persuaded him to go back to New York.

In 1935 Merton entered Colombia University where he studied English literature. He also discovered an interest in Roman Catholicism and began to engage with issues of social justice.

He joined the Roman Catholic Church in 1938, the year that he graduated. He considered joining the Franciscans but, after a Holy Week retreat, in 1941, at Our Lady of Gethsemane, near Bardstown, Kentucky, he joined this monastery of the Order of Cistercians of the Strict Observance on December 10, 1941.

In the Second World War, his brother John Paul died in 1943 when his plane's engines failed over the English Channel.

As a monk, Thomas Merton became one of the most widely-read and deeply-respected authors on spirituality of the twentieth century. He wrote more than seventy books as well as lots of articles. He also maintained a prolific correspondence, with people around the world, on a great diversity of topics.

His autobiography, "The Seven Storey Mountain," published in 1948, was a publishing sensation. More than 600,000 copies sold in the first year alone.

Merton was responsible for the formation of new monks and novices at a time when the monastery was thriving. He had a passion for solitude and was finally given permission to live in a hermitage on the monastery grounds. He helped to highlight the spiritual dimension of Christianity and did so with a strong interest in other world religions.

He died from an electric shock from a faulty fan in Bangkok while attending a meeting of religious leaders.

Collect for Thomas Merton: Gracious God, you called your monk Thomas Merton to proclaim your justice out of silence, and moved him in his contemplative writings to perceive and value Christ at work in the faiths of others: Keep us, like him, steadfast in the knowledge and love of Jesus Christ; who with you and the Holy Spirit lives and reigns, one God for ever and ever. Amen. 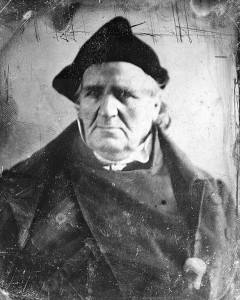 To Philander Chase (1775-1852), the Book of Common Prayer was the second best book ever written. Chase picked up the BCP when studying at Dartmouth College, and upon reading it, decided to become an Episcopalian. For Episcopalians throughout what was then the frontier of the United States, it’s a good thing he did. Despite the lack of a seminary in the new United States, Chase was ordained a priest at age 23 (having studied under the private instruction of the Rev. Thomas Ellison), and over the next 18 years served churches in New York, Louisiana, and Connecticut (the latter two of which would later become the cathedral churches of their respective dioceses).

Then in 1817, in fine Abrahamic tradition, Philander Chase uprooted his family, including his consumptive wife, Mary, and moved west to the frontier, which at that time was Ohio. Chase’s Oaks of Mamre were in Worthington, Ohio, where he founded Kenyon College and Bexley Hall Seminary (and where Mary passed away from her illness). His move west happened partly out of pioneering zeal and partly because he did not see eye to eye with Bishop Hobart of New York. His conflict with Hobart (in whose diocese the new General Seminary had recently opened), not to mention his unwillingness to expose young frontiersmen to the vicissitudes of city life (from which they might not want to return) led Chase to found the seminary in Ohio, which opened in 1824

Prior to that, in 1818, Chase was elected the first Bishop of Ohio. However, his penchant for single-handedly controlling the institutions in his charge led to fallout in both the college and diocese, and he resigned both the presidency and episcopacy in 1831. The old pioneering zeal flared up again, and he moved to Michigan, founding many churches along the way. Then, in 1835, he was elected the first Bishop of Illinois, and he continued moving west. He also served as the Presiding Bishop from 1843 until his death in 1852.

Philander Chase was a pioneer for the Episcopal faith in the frontier of the nascent United States. His conviction and zeal, while it often got him into trouble with his colleagues, helped spread the Gospel to the edge of the country, where it took hold and flourished.

Collect for Philander Chase: Almighty God, whose Son Jesus Christ is the pioneer and perfecter of our faith: We give you heartfelt thanks for the pioneering spirit of your servant Philander Chase, and for his zeal in opening new frontiers for the ministry of your Church. Grant us grace to minister in Christ’s name in every place, led by bold witnesses to the Gospel of the Prince of Peace, Jesus Christ our Lord, who lives and reigns with you and the Holy Spirit, one God, for ever and ever. Amen.