Back to Lent Month!

As school children throughout the land reluctantly turn their faces toward the classroom, we're celebrating Back to Lent Month here at Lent Madness headquarters. Specifically, now that the kids are back in school, we're offering opportunities for some Back to Lent reading.

Throughout this month, we'll highlight the authors of these new books and encourage you to spend your hard-earned disposable income on them. After all, for what we pay these talented celebrities (global adulation?), they could use the added encouragement. 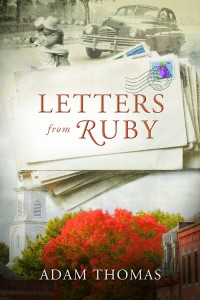 Our Bracket Czar, the Rev. Adam Thomas, published his second book this summer. Letters From Ruby is a work of fiction described thusly:

When the newly ordained Episcopal priest Rev. Calvin Harper arrives in Victory, West Virginia, to be the pastor at an ailing parish, he has no idea how much he still has to learn about being a priest. Thankfully, Ruby Redding takes the young man under her wing and teaches him everything she has learned throughout her long, storied life. Seminary never taught Calvin that the only true way to be a witness to God’s presence in this world is to remain in relationships with people no matter what life throws at them. His studies never taught him that detachment is the bane of ministry. He never learned that deep grief comes only from deep love. But in his first year in Victory, Calvin learns all this and more from Ruby, a woman so full of God’s light that it can’t help but spill onto the people around her.

Adam's first book, Digital Disciple: Real Christianity in a Virtual World, was published in 2011 and remains a popular title for those seeking to connect faith and technology.

New Celebrity Blogger, the Rev. Amber Belldene, also released a book this summer. Blood Entangled is the second book in her 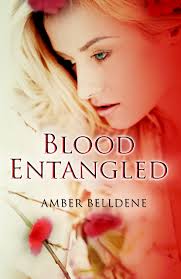 Kos Maras’s orderly life is in shambles—he must distribute Blood Vine to a population of ailing vampires, but Hunters block him at every turn. To make matters worse, each night he watches over a temptingly beautiful woman sleeping in his bed. He is convinced love cannot last a vampire-long lifetime and an entanglement will only cause them grief, but he doesn’t have the heart to send her away. From a long line of blood servants, Lena Isaakson is destined to serve a vampire, but a string of humiliating rejections thwarts her pleasure. When Kos shows her kindness, she hopes he will claim her. Instead he proves himself a coward in the face of love and sends her to serve another. Will the dark seduction of a rakish new vampire finally bring Lena the pleasure she desires or deliver her into the hands of Hunters who want to destroy everything the Maras family has worked for? 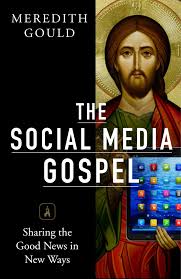 As long as we're on the topic of newly released books, former Celebrity Blogger and friend of Lent Madness, Meredith Gould, is enjoying the success of The Social Media Gospel. Here's a blurb from the Foreword:

In many ways, the church is blazing new paths with social media. Now is the time to do a new thing, to proclaim God's word in new and exciting ways. It is good to read about social media; it is good to think about how you re going to move forward. Sooner or later the time will come when you just have to take the plunge. The Social Media Gospel will help you!

Of course, Celebrity Bloggers have written books that never go out of style. Last year the Rev. Laurie Brock, released a book 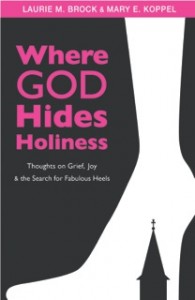 co-authored with the Rev. Mary Koppel titled Where God Hides Holiness: Thoughts on Grief, Joy and the Search for Fabulous Heels. Here's the deal on this terrific read:

This new book shares the joy, humor, surprises, grief, and messiness when God invites us to strip away the personas of “perfect priest” or “perfect Christian” and rediscover what is sacred and genuine about ourselves and our faith. Priests and writers Brock and Koppel relate common and unique experiences here, as we join them on a sometimes startling journey of faith. Laced with wit, revelation, and self-discovery, the new book is organized in three parts:  Life—the dirtiness of failure, frustration, and struggle when what seemed fine falls apart; Death—the frailty behind our personas; and Resurrection—new life with lessons learned.

The Rev. Penny Nash has recently contributed to two compilations, Hungry, And You Fed Me (forward by Meredith Gould!) and  Letters to Me: Conversations With a Younger Self. The first is a series of sermons by a group called Homilists for the homeless; the second shares reflections from a diverse group of folks looking back on a significant event in their lives and offering advice to their younger selves. Look for more information on both of these books later this month. 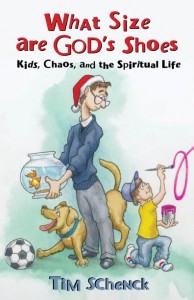 Members of the Supreme Executive Committee also write books occasionally (not just pamphlets). The Rev. Tim Schenck wrote What Size Are God's Shoes: Kids, Chaos, and the Spiritual Life in 2008.

Do you believe God can be found in both the miraculous and the mundane? Through 40 insightful and engaging essays, Tim Schenck helps us encounter God through the chaos of everyday life. The divine presence weaves its way into a family room fish tank, a child's probing questions, the town pool, and the drive-thru window of the local fast food chain.

This fall, Forward Movement is publishing an Advent/Christmas mini-book by Tim titled Dog in the Manger: Finding God in Christmas Chaos. Besides making a great gift (and being illustrated by popular priest/cartoonist Jay Sidebottham), it has reflection questions following each essay, making it perfect for your parish's Advent series.

We hope you'll enjoy the wonderful intellectual richness of Back to Lent Month. We'll be highlighting the newly released books in the days ahead. In the meantime, don't forget to get yourself a new Trapper Keeper -- while supplies last.

2 comments on “Back to Lent Month!”