Basil the Great vs. Lydia

It's a big day in Lent Madness 2014 as, after a long and winding road, we have made it to the Round of the Elate Eight. The original field of 32 saints has been narrowed to eight. The light at the end of the Golden Halo is slowly emerging and by the end of the week we'll be down to the Faithful Four.

Yesterday we wrapped up the Saintly Sixteen in a tight race that Lent Madness bracketologists say will go down in history as the closest battle ever.

NOTE: We closed the poll at 8:00 am. Once the Supreme Executive Committee has certified the results, we will announce the winner later this morning -- either Charles Wesley or Thomas Merton. In the interest of fairness and the love of Jesus, we will make sure this is a clean election before proceeding.

We begin this round with Basil the Great vs. Lydia. Basil made it this far by defeating Christina the Astonishing and Antony of Egypt. Lydia advanced by besting Moses the Black ad John of the Cross. The other match-ups of this round are Phillips Brooks vs. Julia Chester Emery, Harriet Bedell vs. Harriet Beecher Stowe, and Anna Cooper vs. Thomas Merton or Charles Wesley.

The Elate Eight is also known as the Saintly Kitsch round. After basic biographies, quotes and quirks, what else could there be? There are always some folks who take offense to this approach -- we call them Kitsch Kranks and have written about this phenomenon in years past. This is not to belittle or demean our saintly heroes but to have some fun and gaze in wide wonder at the breadth of devotional practice. So kindly relax and enjoy the spirit of the Madness as we push ever onward to our goal.

After a one week hiatus due to Lent Madness missionary journeys, Tim and Scott returned with their latest Monday Madness video. And Archbishops John and Tom, fresh off their national television debut, offer their Daily Update as they preview today's contest and answer viewer mail. There are just so many ways to immerse yourself in the Madness! 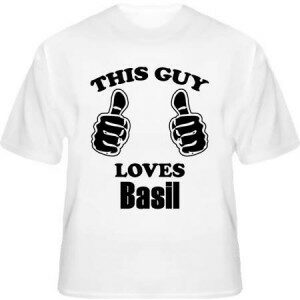 Basil the Great: Cappadocian Father; opposer of not one but two heresies; advocate for the Nicene Creed (or what would eventually become the Creed); sibling to saints; founder of communal monasticism, composer of prayers, Doctor of the Church; revealer of Heavenly Mysteries; advocate of the poor and needy; and generally all-around nice guy. 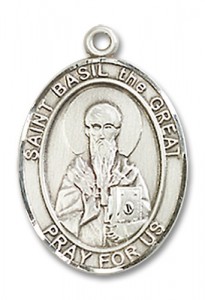 Because of his work to reform (or change...but isn’t "reform" a much snazzier word?) the Church, heis the patron saint of reformers, monastics, and Russia (where the venerated St. Basil’s Cathedral resides, but more on that later).

So, if you’re thinking about suggesting that the way we’ve always done things may not be the best way or if you want to nail a few theses on a church door, you may want to wear this lovely medal as a reminder that the spirit of Basil is with you. This and body armor may protect you. May...

Arianism, the heresy that Jesus was begotten of God, not eternal with God, was a big controversy in Basil’s day. Legend says that Arian and his supporters had this cheer used at the Council of Nicaea: "If you want the logos doctrine I can serve it cold or hot: God begot him, but before he was begotten he was not!”

Should you find yourself in a dispute with heretical Christians about the true nature of Christ, you can simply wear this shirt as you recite the Nicene Creed, even if they do have a better cheer. 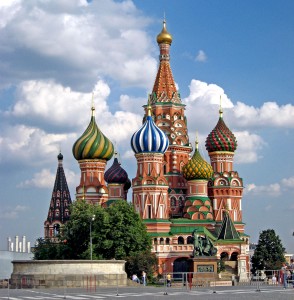 Moscow’s Red Square, one of the most stunning buildings is the Cathedral of the Protecting Veil of the Mother of God, aka the Cathedral of St. Vasily the Blessed aka St. Basil’s Cathedral. Over 450 years old ago, Ivan the Terrible ordered the Cathedral constructed. The design was so original, legend has it that Ivan blinded the architect so he couldn’t re-create another like it (apparently that Terrible moniker wasn’t for show).

The Russian Basil is not Basil the Great, but rather Basil, the Fool for 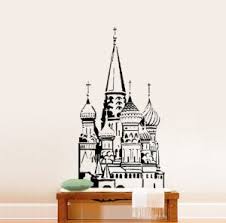 Christ who shoplifted and gave to the poor. But since it’s a rather uncommon name for a saint and a stunning Cathedral (now officially a museum), take a look.

And, since you can’t take the Cathedral home with you, there’s a nifty wall decal you can put in your foyer to impress family and visitors. 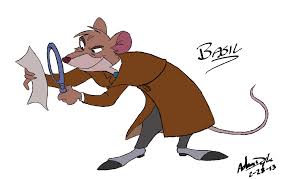 Should you be victim of a dastardly deed in Victorian England...and be a mouse, you can always call on Basil the Great Mouse Detective. He catches criminal, solves hijinks, and plays the violin and chess. No information could be found on his particular viewpoint on Arianism, but given his moniker, we will believe he could recite the Nicene Creed with gusto in a crisp British accent. His story is available in the Basil of Baker Street books by Eve Titus or in film in The Great Mouse Detective by Disney.  He is not, alas, included in the Lent Madness Book of Saints.

Basil is from the Greek βασιλεύς basileus, meaning "king.” Basil’s parents had high expectations when 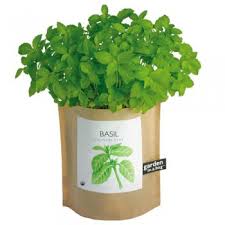 they named their son, expectations he lived up to. Basil is well-known outside Lent Madness circles as a popular herb, legal in all 50 states. There are over 160 varieties, and while its leaves are the most well-used part, its seeds are soaked into a gelatinous goo and added to certain drinks and desserts in Asian cuisine. Native to India for over 5,000 years, it was known and used in the ancient world for medicinal and culinary uses. Who knows, maybe Basil ate basil? 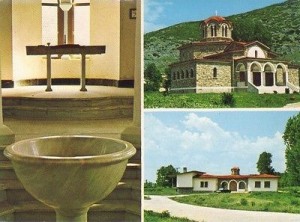 Lydia, while being your basic Patron Saint of Mystery when it comes to miracles, legends and basic life stories, nevertheless has inspired much devotional material the world over.

You can buy postcards of the church in Philippi where she was baptized, to gaze at adoringly, and to 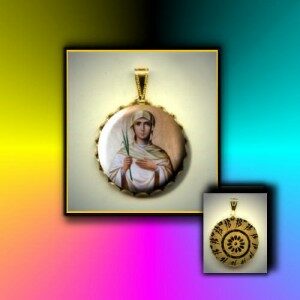 plan your next vacation. (Which will be Lent Madness themed, of course.)

You can also buy a necklace with a tasteful icon of Lydia on the front. On the back appears what looks like to me a snail shell motif, which just raises so many questions. Is it commenting on Lydia’s profession as a Milker of Snails? Is it seeking to reconcile her to the marine crustaceans at last? Make your own judgments here.

Speaking about marine crustaceans, are you curious about those snails that Lydia used for dye? Apparently, so is the rest of the world. This Italian restaurant in Toms River, New Jersey, formulated an appetizer using those very snails, and you, too, can make it at home, for the full Saint Lydia experience. (Provided, of course, you can find the snails somewhere, and you are a very good and well-trained chef.) No word on whether they turn your mouth purple. 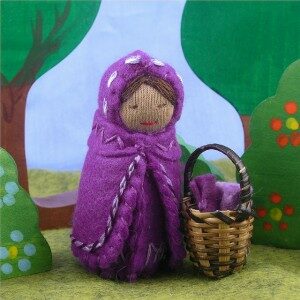 Next, we have not one, but two, versions of Lydia as a doll for children. One is made of felt, and even comes complete with a tiny basket, filled with rolls of dyed purple fabric. 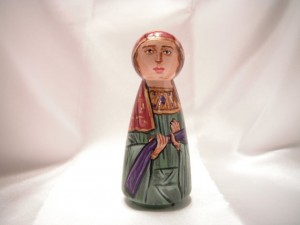 The other is a peg doll, suitable for even the tinest would-be church planters.

Buy them for your children and your grandchildren! Have them act out Lydia’s life: planting churches, assuming egalitarian leadership roles, and donating massive wealth to the struggling Christian community!

What better role model for the little ones than St. Lydia!

Basil the Great vs. Lydia