Nominations for next year’s field of 32 saints are currently being accepted by the Supreme Executive Committee. Yes, in addition to Eastertide, today begins Nominationtide. 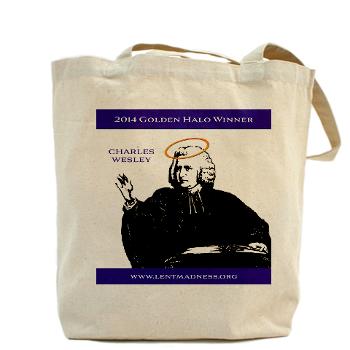 And now, on to the main attraction, the call for nominations for Lent Madness 2015!

Inevitably, some will disagree with certain match-ups or be disappointed that their favorite saint didn’t end up in the official bracket. If you find yourself muttering invective against the SEC, we implore you to take a deep cleansing breath. Remember, there’s always Lent Madness 2029.

While the SEC remains responsible for the formation of the final bracket, we encourage your participation in the nominating process. As in past years, we might even listen to some of your suggestions.

As you discern saints to nominate, please keep in mind that a number of saints are ineligible for next year’s “saintly smack down.” This includes the entire field of Lent Madness 2014, those saints who made it to the Round of the Elate Eight in 2013 and 2012, and those from the 2011 Faithful Four. Here is a comprehensive list of ineligible saints. Please keep this in mind as you submit your nominations — which you can do by leaving a comment on this post.

Also, please note that the saints you nominate should be in the sanctoral calendar of one or more churches. We’re open minded. To a point.

Remember that when it comes to saints in Lent Madness, many are called yet few are chosen (by the SEC). So leave a comment below with your (eligible) nomination!

By the way, it’s worth remembering that all the talk you hear these days about transparency and accountability is moot for the SEC. We reveal little and answer to no one. So if you don’t like the choices that we’ll announce at an unspecified future date known only to us (see what we did there?), start your own online devotional.

For now, we wish you a joyous Eastertide and Nominationtide.