Leave it to Lent Madness to unearth the only romance novel-writing Episcopal priest on the planet. Actually, for the second year in a row, Amber Belldene has graced us with her actual celebrity status as a prolific best-selling author.

It’s not true that a member of the Supreme Executive Committee was the cover model for her newly released novella One Sinful Night in São Paulo (see below), but thanks for asking. 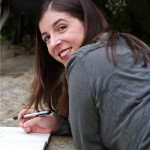 What do you most love about the extraordinary honor of being a Celebrity Blogger (besides global adulation)?
Well, that adulation is pretty awesome, but I also love learning about the lives of the saints and bantering 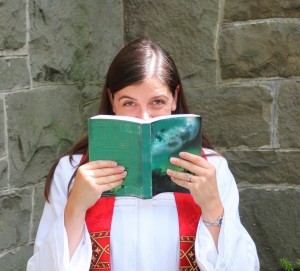 with my fellow bloggers about them on Twitter. A sense of humor is critical in the life of faith, and this group of writers has it in abundance.

Also, it’s really interesting to see which saints excite the folks who follow Lent Madness. Our ideas about what makes a holy life have changed a lot in two millennia of Christianity, and it’s fascinating to see what aspects of those lives inspire modern Christians. As a pastor, I find that useful information, and it informs my teaching and preaching, and possibly even my romance novel writing. I might have even worked a couple saintly details into some of my books.

What is the quirkiest thing you’ve learned about one of your saints and how does this inspire your faith?
Last year I was assigned Mary of Alexandria, venerated as a reformed prostitute. Her miracles are all pretty quirky, especially the part about how, when she became an ascetic and lived in the desert, she grew a coat of fur to protect her modesty. So far, I haven’t used that detail in a romance novel 😉 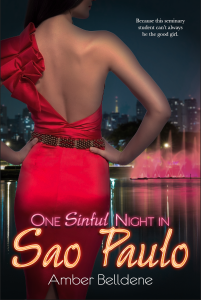 As a feminist and someone who advocates for more open and positive discussions of human sexuality in the church, I struggled to write her biography and also with some of the comments about my take on her story. Surprise, surprise — the Internet isn’t the best place for a nuanced discussion of the need to interpret and reframe ancient hagiography and its sexual ethics. Months later, I found a book about stories like Mary’s and how the early church actually coopted the formula of classical Greek romance novels in its stories of virgin saints and reformed prostitutes. The book is called From Shame to Sin: The Christian Transformation of Sexual Morality in Late Antiquity by Kyle Harper and I highly recommend it for people whose geekdom happens to overlap with my peculiar interests!

Downton Abbey or The Walking Dead and why?
I love vampires, but zombies scare me to death, so Downton Abbey all the way. It’s such a fascinating period in history! I am also a big fan of the much grittier Peaky Blinders, a Netflix series set in the same era, starring the captivating Cillian Murphy as the leader of a violent gang in Birmingham.

Besides Lent Madness, what do you most look forward to in the season of Lent?
I lead a daily morning prayer service, and in Lent we observe silence. There is a palpable response in the congregation to this shift in routine. Every time I bid the people to bow their heads, there is a collective breath, almost like a sigh. It seems we really long for quiet, and respond to the invitation to self-examination.