Having recently moved from Brooklyn to Long Island, David did forego his status as our hippest Celebrity Blogger. But fear not. In a pinch, he still knows where to find organic, free-range, artisanal cheese. 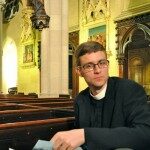 The Rev. David Sibley is in the middle of his seventh year as a southern transplant into the northeast, where he now lives on Long Island and serves as Rector of Christ Church in Manhasset, New York. Raised right in the middle of South Carolina, David studied and did research as a chemist before being whisked away to seminary in New York City. When he’s not in church, David enjoys travel, hiking and camping, all things food and music related, and is a sports fanatic – with his teams of choice in baseball (Chicago Cubs), college football (South Carolina Gamecocks), and soccer (Liverpool FC) being minor obsessions. When the ideas are forthcoming, he’s been known to blog at Feeding on Manna, and holds forth much more often with his partners in crime on Twitter at @davidsibley.

What do you most love about the extraordinary honor of being a Celebrity Blogger (besides global adulation)?
By far the best part of being a Celebrity Blogger is hearing from Lent Madness fans about their own connections to a saint, and the impact that saint and their witness have made in their lives. Last year, an extraordinary amount of people connected to Charles Wesley – and the connections were everything from his hymns, to his practice of field preaching, to his deep commitment to his principles – and the stories were fantastic. It’s a reminder that a saint that one person may regard as “mere history” may be the source of another person’s vibrant and living faith. And that’s really cool.

What is the quirkiest thing you’ve learned about one of your saints and how does this inspire your faith?
Thecla wins this one hands down. According to legend, Thecla, in the face of her immanent death and still desiring to be baptized, dove into a pool of ravenous seals and baptized herself. I had no idea that seals were even a thing in the ancient Mediterranean world! For me, Thecla is an example of what it means to follow Jesus without counting the cost – even to her own life. If I could have even a portion of her enthusiasm and fervor – a fraction of her desire to follow after Jesus – I would count myself richly blessed.

Downton Abbey or The Walking Dead and why?
Are there sports I could be watching, instead? I mean, like a curling match, or soccer, or some high school team on local access 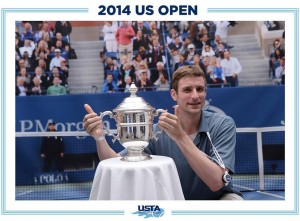 cable? I’d go with that first. When forced to choose, I think I’d probably have to go with The Walking Dead. Plot-wise, it felt like Downton Abbey jumped the shark a couple seasons ago when one of the characters magically and unexpectedly got up and walked after months and months of suffering from a war injury. At least with The Walking Dead, the premise of zombies was implausible from the very beginning, and was outright and in your face about it. I appreciate that kind of swagger and bravado: “Yep, there’s zombies, no, we don’t care what you think about it.”

Besides Lent Madness, what do you most look forward to in the season of Lent?
I really love sports and gamesmanship, so the spectator sport of watching the annual clergy social media game of one upsmanship around who worked hardest during Holy Week. It always starts off pretty tame, but eventually, you’d think some of us clergy picture the song “Sixteen Tons” playing in the background as we march off to church to…wash feet.

More seriously, I appreciate Lent as a time to get back to what is important, most core, most meaningful in the life of discipleship. I tend to take lots of things on to myself during the year, so Lent becomes a good time to put some of them aside, and rededicate myself to the core pieces of the life of discipleship: prayer, study, and service. I look forward to that every year, and this Lent is no exception.

SEC NOTE: Apparently David won the U.S. Open last year. We're stumped as to why this fact didn't make it into his official Lent Madness bio.