And we're back with our next Celebrity Blogger to make your Monday morning even brighter than it already is, infused with the knowledge that Lent Madness begins in just nine days. Maria Kane is a second year CB who may or may not drive around suburban Washington, D.C. with one of those Native Texan bumper stickers on her car. 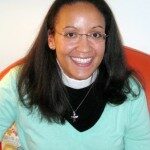 The Rev. Maria Kane is an Episcopal priest, historian of American religion, and native Texan. She currently lives outsides of Washington, D.C., where she serves as rector at St. Paul’s Episcopal Church in Waldorf, Maryland (and remains unabashed in her love for Washington’s archrival Dallas Cowboys).  Maria is a contributor to Weavings and Alive Now! magazines and recently completed her dissertation, “Pretty Girls & Fascinating Boys,” a study of race, sexuality, and adolescent formation in late twentieth-century evangelicalism. She plans to expand upon her research findings, but right now, she’s just glad to be done! Her greatest joy, however, is in being godmother to Cal (7) and Leila (5). In her free time, Maria loves reading, cooking, gardening, and kayaking. She can be found on Twitter @mariaconchia.

What do you most love about the extraordinary honor of being a Celebrity Blogger (besides global adulation)?
What’s not to love about a season full of history and saints? For me, it’s akin to being a kid in a candy store.

What is the quirkiest thing you've learned about one of your saints and how does this inspire your faith?
I was struck by Molly Brandt’s influence on the relationship between the Iroquois and the British colonists. Even when the war forced her to move several times, she continued to serve as a friend and peacemaker to both communities. I’m often flummoxed in the midst of change, especially when it *feels* forced upon me; Molly’s steadfast faith and resolve has pushed me to question my excuses and response to unexpected change.

Downton Abbey or The Walking Dead and why? 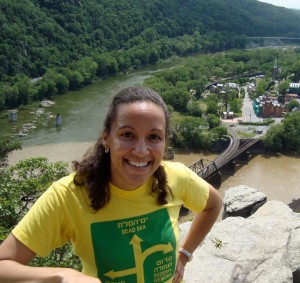 Well, I guess I am officially unhip because I currently don’t watch either one. I was a regular Downton Abbey viewer throughout the first four seasons, but I haven’t started watching Season 5 yet. On the other hand, I love PBS’ Frontline. Does that count? It’s the same channel…I tried…:-)

Besides Lent Madness, what do you most look forward to in the season of Lent?
I love many things about Lent, but I’ll mention a few. 1) Lent is like a homecoming to me—minus the mums, football games, and high school melodrama. Seriously, though, Lent quiets my frenzied pace and beckons me home. 2) I also love singing “Were You There” 2) Stripping of the Altars—No matter how many times I experience it, I’m always rendered speechless. 3) Although it’s not directly tied into Lent, I make an annual sojourn to my beloved Texas for Houston's Livestock Show & Rodeo during Lent and bask in the glory of 30 days of barrel racing, calf roping, endless cowboy boots, and fried gloriousness.

SEC Note: Despite what's written on Maria's shirt, we have it on good authority that the background in this photo is actually Harper's Ferry and not the Dead Sea.