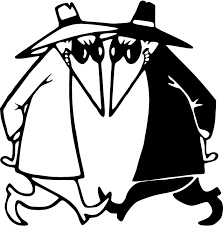 As the Lent Madness faithful are fully aware, voting for the Golden Halo takes place on the Wednesday of Holy Week. You may have heard the Supreme Executive Committee refer to this day as “Spy Wednesday.” Unlike many terms associated with the saintly smackdown, the SEC did not, in fact, make up this name on a whim. Thus, as several of you have asked us about this unusual name for the Wednesday in Holy Week, we thought we’d shed some light on this. 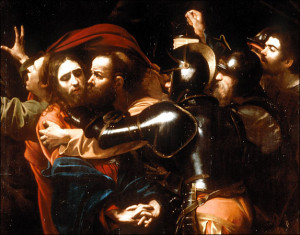 The illustration above evocatively depicts this infamous scene of dark spy-like conspiracy. If you go to Holy Eucharist every day of Holy Week, the Gospel readings provide the narrative of Jesus’ final days, an ever-quickening story that spins out of control and finally brings us to Good Friday.