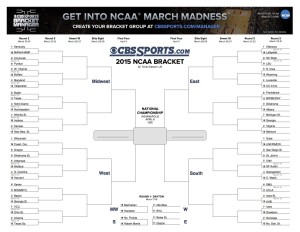 Here at Lent Madness HQ, we take brackets seriously. Thus when someone alerted us to the fact that there is some other bracket-style tournament that takes place in March, we thought we’d better take a look. What follows is the Official Lent Madness Bracket Analysis For Tournaments Taking Place During March That Do Not Involve Saints.

When you examine the NCAA basketball tournament from a saintly hermeneutic (which is a $500 theological word that young preachers should never, ever, under any circumstances use in a sermon), three categories emerge: The Obvious, The Perhaps, and The Give Me A Break.

St. John’s University (Red Storm) — The only question is which St. John. The Baptizer? The Evangelist? Of the Cross? They get additional points for the allusion to Pentecost in their nickname.

Providence College (Friars) — The school moniker is a synonym for heaven. Plus they get extra credit for invoking

the image of Friar Tuck.

Notre Dame (Fighting Irish) — Any team named for Our Lady is “obvious.” Too bad there are no “Hail Mary” plays in basketball. The word “Fighting” is lamentable but Celtic saints (Brigid of Kildare this year) often do very well in Lent Madness so it balances out.

San Diego State (Aztecs) — The city is actually named for the 15th century Spaniard holy man San Diego of Alcala, not Juan Diego who made the 2015 Lent Madness bracket. Alas.

North Carolina (Tar Heels) — The Carolinas (north and south) were named for Charles I or England (Carolus is Latin for Charles). While Charles is commemorated by some Anglicans as Charles the Martyr, he is not on the official calendar of the Episcopal Church. His Archbishop of Canterbury, William Laud, however was defeated in the first round of Lent Madness 2015 by Kamehameha.

Coastal Carolina (Chanticleers) — See above. BUT they get points for having a mascot that is associated with the thrice-denying apostle Peter. Also, what’s up with so many teams from North Carolina?!

Valparaiso University (Crusaders) —  If nothing else, they get the award for the most un-politically correct mascot 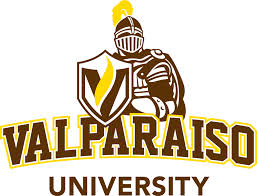 Virginia Commonwealth (Rams) — At first glance, the VCU mascot would be more at home in Los Angeles or St. Louis where the NFL team of the same name once resided and currently resides. HOWEVER the team is named for the animal caught in the thicket after God tells Abraham to stop the presses and not sacrifice his son Isaac after all.

Eastern Washington (Eagles) — They get points because they named their mascot after the symbol of the Fourth Evangelist.

Maryland (Terps) — This would be listed under “The Obvious” except that the state is not actually named for the Virgin Mary. Rather for King Charles I of England’s wife Queen Henrietta Maria (Queen Mary).

Virginia (Cavaliers) — Ditto. Virginia was not named for the Virgin Mary but for the Elizabeth I, the “Virgin Queen.”

Louisiana State University (Tigers) — Not named for St. Louis (who once appeared in Lent Madness) but rather Louis XIV or France.

Georgetown University (Hoyas) — Named for neither St. George nor his dragon nor former Golden Halo winner George Herbert, nor Scott’s dog George. Rather Georgetown is named for either George II of England or the town’s two founders — both named George. 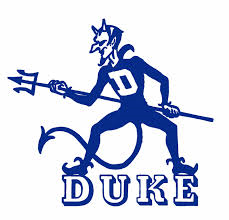 Duke University (Blue Devils) — It doesn’t matter how many games or titles Coach K has won. Your team is named after (a blue-tinted plural version of) Satan.

58 Comments to "The “Other” March Madness"