David Oakerhater vs. Martin of Porres

Today's match-up features two men who broke down barriers of race and bigotry in their own days -- good luck choosing sides. It is also the only battle that will take place on a Saturday -- we'll be sticking strictly to Mondays through Fridays from here on out. After five days of nail-biting drama, it's only fair to offer a sabbath to all those afflicted with Lent Madness fever.

In yesterday's action, Jerome easily bounced John Patteson out of Lent Madness 2012. Following today's "Lentsanity," Lent Madness will resume bright and early on Monday morning with Ephrem of Edessa vs. Thomas Cranmer. Thanks to all who have participated thus far -- we've had record numbers of voters in the early going. Keep spreading the word! It's never too late to jump into the game (though God has a special place in the Kingdom for those who attain perfect voting attendance -- and we offer members of this exclusive club a special tattoo). 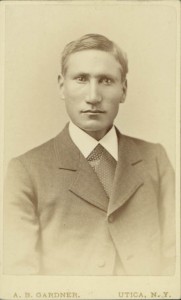 David Pendleton Oakerhater (1847-1931), was a Cheyenne from Oklahoma whose last name is translated as Sun Dancer or Making Medicine and spelled Okuh hatuh. He fought in the Red River War of 1874-75. After hostilities ceased, he and some 70 other warriors were sent to Fort Marion in St. Augustine, Florida. Conditions were initially very poor, but one officer, Henry Pratt, worked to change that and to improve the lives of the prisoners generally, giving them better living conditions, education, art materials, and responsibility for guarding the fort. Okuh hatuh soon became sergeant of the guard, as well as selling his art and teaching visitors archery.

Deaconess Mary Douglass Burnham made arrangements to sponsor Okuh hatuh, among others, for continuing education in upstate New York. With financial support from Alice Key Pendleton, the wife of an Ohio Senator, Okuh hatuh came to St. Paul’s Church in Paris Hill, New York, where he was baptized, taking the Biblical name David and the name of his sponsor as well as Anglicizing his own to Oakerhater.

In 1881, Oakerhater was ordained a deacon and returned to Oklahoma where he ministered among the Cheyenne for the next 50 years, often the only ordained person in the entire Indian Territory as priests came and went. He ministered at the Whirlwind Mission, leading services and visiting the sick, until the mission was closed in 1918. Although he officially retired in 1918, Oakerhater’s home in Watonga, Oklahoma, continued to be a center for Indian ministry until his death in 1931. He was buried with his Bible, inscribed with the name Making Medicine.

Collect for David Pendleton Oakerhater: O God of unsearchable wisdom and infinite mercy, who chose a captive warrior, David Oakerhater, to be your servant, and sent him to be a missionary to his own people and to exercise the office of a deacon among them: Liberate us, who commemorate him today, from bondage to self, and empower us for service to you and to the neighbors you have given us; through Jesus Christ, the captain of our salvation; who lives and reigns with you and the Holy Spirit, one God for ever and ever. Amen. 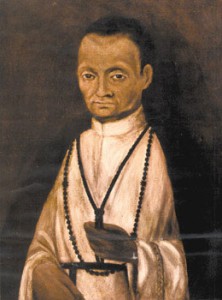 Martin de Porres (December 9, 1579 – November 3, 1639) was the illegitimate son of a Spanish nobleman, John de Porres, and Anna, a free woman of color from Panama.

His mother apprenticed him at the age of twelve to a barber-surgeon, but three years later he received the habit of the third order of the Dominicans. He was admitted to the friary in Lima, and was then invited to be professed as a Dominican lay brother on account of his extraordinary devotion to the poor. The stipulation that “no black person may be received to the holy habit or profession of our Order,” was dropped.

He was placed in charge of the infirmary where many miracles were attributed to him including stories of him passing through locked doors. He showed strong, practical compassion towards the sick, the poor, the suffering, and the wounded. In addition to being known for his deep devotion to the Blessed Sacrament, Martin was a good friend of Rosa de Lima.

Collect for Martin of Porres: Ever-loving God, you have made of one kindred all races of humanity; we thank you for your servant Martin of Porres, whom you emboldened by your Spirit to strive passionately and patiently for justice and harmony; may we, in our land and throughout the world, have a like commitment to people of every race and color, that all may be one in Christ Jesus our Lord, who is alive with you in the unity of the Holy Spirit, one God, now and for ever. Amen.

62 comments on “David Oakerhater vs. Martin of Porres”