If you're not familiar with the The Episcopal Church Foundation's  Vital Practices site, you should be. Today they posted an article about Lent Madness written by our own Scott Gunn. Scott's feeling very proud of himself for writing about Lent Madness and not giving me (Tim) a single mention. Besides the fact that he's now dead to me, it was an excellent piece about Forward Movement's motivation for getting involved with Lent Madness.

By the Rev. Scott Gunn

For decades, Forward Movement has been most widely known for its flagship publication, Forward Day by Day. Hundreds of thousands of readers around the world find inspiration in the quarterly printed booklet. In the US, many Episcopalians learned about Forward Movement in their narthex. Lots of pamphlets sit in racks, waiting to be read.

So it came as a surprise to some folks that we would be partnering in the offering Lent Madness this year. Even the name doesn’t sound much like Forward Movement of the past.

For those of you who haven’t joined the Internet sensation yet, Lent Madness is a “saintly smackdown” patterned after college basketball’s March Madness. Each day of Lent, starting with “Ash Thursday," February 23, readers will vote for their favorite saint. Celebrity bloggers will write about the saints, and the winning saints will advance through a single-elimination bracket. We start with 32 saints, but only one saint wins the Golden Halo.

It sounds vaguely irreverent. Un-Lenten. And it’s no surprise that the daughter of one of our staff members, when she saw this on Facebook, sent a message, “Is this really Forward Movement?” 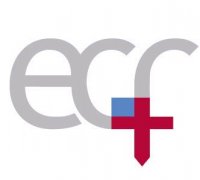 In fact, Lent Madness is a pretty good way to spend Lent. One of our Eucharistic prefaces says that Lent is a time to “prepare with joy for the Paschal feast.” I still hope people will scrutinize their lives and make use of the sacraments of the church to renew their journey during Lent. I hope people will think about penitence. But I also think there’s nothing wrong with smiling during Lent. Jesus was the life of the party, after all.

Those who take part in Lent Madness will learn about the ways in which God’s grace was revealed in the lives of 32 extraordinary women and men. In learning about the lives of saints, we learn something about how to live in our own lives.

Still, you might be asking, why Forward Movement? Seems like a long way from pamphlets to the Golden Halo.

To understand, you have to go back to the origins of Forward Movement. In 1934, the church was “weary and divided.” Realizing that there was no way out of the current situation using the existing solutions, General Convention created Forward Movement “to reinvigorate the life of the church.”

How do you build up disciples? Back in 1935 it was with pamphlets: cheap printed material that could nourish current members and help Episcopalians share their story with others. For decades, Forward Movement has offered Forward Day by Day to support the daily practice of scripture reading and meditation. We’ve used the best tools for the challenge at hand.

Today our church is “weary and divided” again. Congregations face financial challenges, and most people agree its time to rethink how the Episcopal Church itself works at a churchwide level. Relationships have been strained by controversy over the past few years.

Forward Movement begins a new chapter by getting back to our origins. We’re finding fresh ways to nourish current members of the church and supporting Episcopalians as they seek to share their stories with others.

Social media, ebooks, and websites can be thought of as the pamphlets of our time, that is, as the tools of our time to support discipleship and engage evangelism.

Lent Madness is appealing across generational lines. College students are excited about Lent. Episcopalians are sharing this resource with others. Everyone will learn a bit about the saints. In doing all this, we are nourishing current members and equipping Christians to share their faith story.

Don’t let the laughter and the saints wearing sunglasses fool you. St. Paul challenged us to be all things to all people. Lent Madness is helping us connect with people who won’t connect through pamphlets or church suppers. Lent Madness makes us “fools for Christ,” but we’re definitely for Christ.

The Rev. Scott Gunn is executive director of Forward Movement. He blogs at www.sevenwholedays.org.