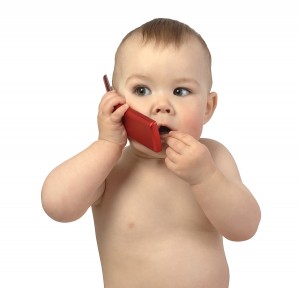 Yes, friends, the Lent Madness Buzz is building all over the world. People everywhere are filling out their brackets and ironing their hair shirts as they breathlessly await the coming of “Ash Thursday” on February 23rd.

Today, we wanted to highlight a few blogs that have posted about Lent Madness. We commend them for their highly poignant commentary and brilliant selection of topic (or, as sometimes happens among bloggers, they couldn’t think of anything else to write about). If you know of other blogs that have mentioned Lent Madness, let us know. And if you yourself are a blogger (and like to say really awesome things about Lent Madness) we encourage you to post and let us know about it in order to greatly increase your blog traffic, get picked up by a syndicate, make piles of cash, and retire early.

Here are some sample from the blogosphere:

Writing from Fourth Wall, the Rev. Cynthia Hallas, rector of St. Giles in Northbrook, Illinois, offers a post simply titled “Madness.” In it she writes:

“Lent Madness is an impressive piece of work. It’s fun, it’s clever, and it really does fulfill its mission to educate about that vast “cloud of witnesses” in a way that’s entertaining and engaging. It’s also a much healthier mix of religion and sports than the Sunday morning youth athletics vs. church attendance that most of us face in our parishes. Who says a Lenten discipline can’t be enjoyable? Some, I suppose, but I’m not one of them. So, ‘I heartily endorse this game’ and urge you to give it a try.”

She also says in her post-script:

“P.S. On the Lent Madness website we’ve been warned to vote only once per match-up because ‘this isn’t Chicago.’ Actually, Tim, for some of us it is.

Our own “celebrity blogger” Penny Nash recently wrote a post on her blog One Cannot Have Too Large a Party titled “Lent Madness is Coming! (So how does it work?!?). Penny, who is a priest at the historic Bruton Parish in Williamsburg, Virginia, tells her faithful readers about the logistics of the Lent Madness operation and then goes on to share:

“Our Canterbury Group at The College of William & Mary will be playing as will our youth group here at the parish. I hope your group will, too. Lent Madness really is a great way to become familiar with those heroes of the church. We may be giving up the alleluias, but we never give up learning more about our faith and tradition.”

The Rev. Megan Castellan from the Diocese of Arizona has a blog called Red Shoes, Funny Shirt. True college basketball aficionados will appreciate her post’s title “Dick Vitale Surely Has Some Strong Opinions About This.” She writes:

“If you’re under the impression that Episcopal saints are all ancient, plaster-of-paris  renditions of holiness, then really, you should try this. (If only for St. Brigid, who once turned a lake into beer, to slake the thirst of her abbey. Total badass.)

“Canterbury at NAU will be posting our brackets in my office, with a prize for the overall winner, and another prize for the most correct picks. (Already, the trash talking has begun on Twitter.) So join us! Whoever said spiritual disciplines couldn’t be awesome?”

Another of this year’s “celebrity bloggers,” the Rev. Bosco Peters, posted “Lent Madness!” on his Liturgy blog. As a priest in New Zealand, Bosco is our “token Southern Hemisphere blogger” as he writes. Among other things, this gives instant credibility to our claim of global domination.

“What could be better than learning about the saints during Lent? And you can do this all the while March Madness occurs with the basketball playoffs, which in my opinion seem to go on forever. For the third year now, Tim Schenck will offer his annual ‘Lent Madness’ in which you can easily follow along – learning and laughing at the same time.”

The Rev. Neil Alan Willard, yet another one of our “celebrity bloggers” also posted an early-in-the-season piece about everybody’s favorite online Lenten devotion. In “Holy Halo’s, ‘Is Mr. or Mrs Stephens Available‘” he writes:

“Most readers of Laughing Water know that I’m an Episcopal priest and serve as the Rector of St. Stephen’s Episcopal Church in Edina, Minnesota. Most also know that I have a sense of humor. So I was greatly amused this afternoon when someone called the church, asking a staff member if “Mr. or Mrs. Stephens” was available. One person has suggested that an appropriate response might have been, “I’m sorry, the martyr is out.” However, I probably would have referred this lost soul to a newly unveiled website for Lent Madness 2012. That’s where folks like today’s slightly confused caller can learn about martyrs, saints, and heros of faith from our own time, too. It also includes a bit of humor.”

We received a tentative endorsement from Anglican (read: left the Episcopal Church) blogger/Californian Michele (I-don’t-know-her-last-name) at Liturgical Time. In her post “Lent Madness?” she writes:

“As a rather uptight church lady…especially, as one who, as part the controversial Anglican Diocese of San Joaquin, has left the Episcopal church (of which creator Rev. Tim Schenck is a priest), my first reaction to Lent Madness was something akin to aghast.”

“With one eye brow raised, and some mild “church lady” reticence and trepidation….I will acquiesce to note that you can ‘like’ Lent Madness on Facebook here. I almost hope that you will.”

Of course Scott and I both blog regularly about Lent Madness so that doesn’t count. Although you’re welcome to visit our blogs Seven whole days and Clergy Family Confidential, respectively.

Enjoy these blog snippets and please send us links if you decide to blog about Lent Madness or happen to read a great (or even so so) post on the topic.