In anticipation of tomorrow's Championship Round between Mary Magdalene and the winner of today's Dietrich Bonhoeffer vs. Emma of Hawaii match-up, we thought we'd scour the interwebs for other Golden Halos. There is only one that counts, of course, and we will soon be driving these other folks out of business. But just so you don't get confused tomorrow, we thought we'd highlight these interlopers. 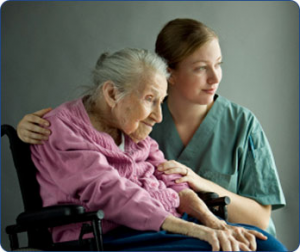 First we found an organization called Golden Halo Eldery Care. Who knew "eldery" was even a word? Since it has do with nursing homes and elder care, I can only imagine it's synonymous with "elderly." It's not clear whether the caregivers are saints or whether their services prepare those who will soon enough meet their maker to become saints.

Then there's the Golden Halo Foundation. It's hard to argue with an

organization that helps children with long-term disabilities and their families. I didn't see any halos on the website -- just a plethora of butterflys. We wish them well even as we're slightly annoyed that they own the domain name www.goldenhalo.org. 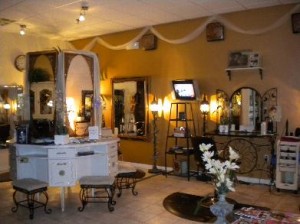 We're less enamored with the Golden Halo Salon in Culpeper, Virginia, whose slogan is "Look hot and heavenly at the Golden Halo Salon." I guess if you're going for that saintly glow this would be your place though I think the closest thing they'd offer to an actual Golden Halo would be highlights. And anyway "Vanity of vanities; all is vanity," the writer of Ecclesiastes reminds us. 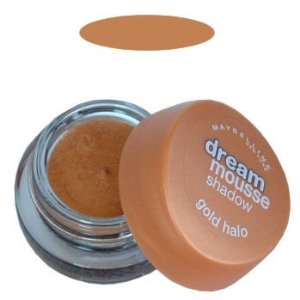 In the same vein, Maybelline has a product called Dream Mousse Shadow Gold Halo. Neither member of the SEC is familiar with such products although we're both thinking of picking some up in time for Easter Sunday. 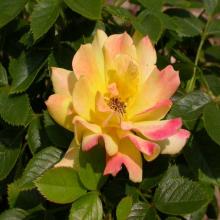 Believe it or not there's also a rose called the Golden Halo, technically the Rosa Savaholo for you gardening connoisseurs. A bouquet of these babies would make a perfect gift for that special Lent Madness-loving woman in your life. Or guy since we're all about equality around here.

For some reason neither Tim and Scott were not asked to be the featured speakers at the Golden Halo Banquet put on by the Christian Chamber of South Florida. So rude. 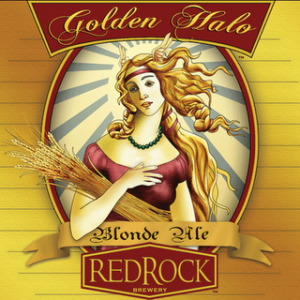 Finally, here's a product with which to celebrate the winning of the Golden Halo. Drink to your favorite saint with Golden Halo Blonde Ale from Red Rock Brewery in Utah. If the St. Pauli Girl-esque label is too much for you, perhaps you'll prefer the more staid yet much creepier older logo.

Well, there you go. I hope this little exercise makes you appreciate the Lent Madness Golden Halo even more. We'll see you at 8:00 am Eastern Time to start the voting.

13 comments on “Other Golden Halos?”