Why Lent Madness is Better than General Convention 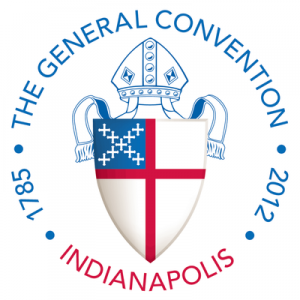 Some people think General Convention is the most important thing going on in the Episcopal Church. The Supreme Executive Committee disagrees, and we have ten reasons to prove that Lent Madness is better than General Convention.

1. Far from being limited to the shangri-la that is Indianapolis, Lent Madness is a global phenomenon.

2. Elections are truly democratic rather than foregone conclusions. 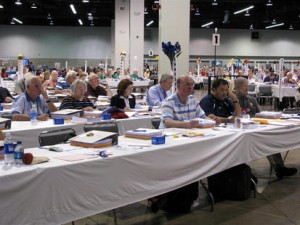 6. House of Bishops? House of Deputies? We have the House of Tim and Scott (not that they would ever consent to live under the same roof).

7. We have a MUCH better logo (halo trumps mitre every time).

8. Who needs an exhibit hall, when you can go to the Lent Madness Store? (with great merchandise on the way for Lent Madness 2013). 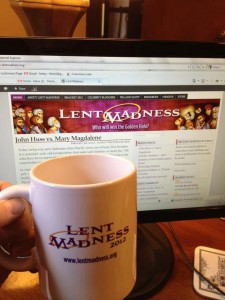 9. Instead of 250 resolutions, we resolve things the old-fashioned way: 32 saints walk in. Only one walks out with the Golden Halo.

10. Ever hear an Easter sermon about a piece of legislation? Of course not. But I'll bet a few of you heard sermons about the winner of the Golden Halo 2012.

We have some ideas for how to make General Convention better and our ideas have nothing to do with restructuring or elections or numbered committees. Stay tuned for BREAKING NEWS on St. Alban's Day for our plans to make this the best General Convention in the history of bicameral synodical assemblies.

32 comments on “Why Lent Madness is Better than General Convention”