2013 Play-In: Gregory the Great vs. Gregory of Nyssa 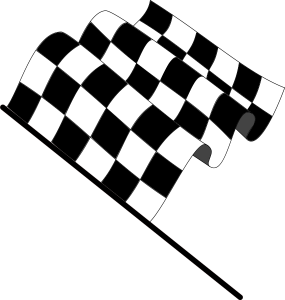 Here at Lent Madness we believe there's a fine line between a teaser and a foretaste. Actually, in this case they're synonymous as we tease you with a foretaste of the Lent Madness 2013 that is to come. This year, we're offering four play-in matches leading up to the official 32-saint bracket that kicks off on Ash Thursday (February 14, 2013).

As Lent Madness Day is commemorated throughout the world, we give you the first ever play-in match: the Great Battle of the Gregorys: Gregory the Great vs. Gregory of Nyssa. Here's the deal -- the winning Gregory makes it into the official bracket while the losing Gregory goes home to lick his wounds and pray that he makes it in next year. We figured we'd ask two veteran Celebrity Bloggers, who just happen to be in Indianapolis for General Convention, to do the write-ups. We tried to find two people named Gregory to do this but we've settled for a Heidi and a Laura.

Heidi Shott is the Canon for Communications in the Diocese of Maine. While at convention, you can check out Heidi's three-minute nightly video Convention wrap-up at The Daily Lap. Of course at some point she'll be focusing on Lent Madness which makes Tim worried that he'll have to sit on Scott's lap.

The Rev. Laura Toepfer is also at this year's General Convention letting people know about Confirm not Conform. Check out this innovative confirmation preparation curriculum and sign up for the monthly e-newsletter. If you're at General Convention, come meet her at the Forward Movement Booth.

The play-in format is straightforward: we've asked for a Top Ten List answering the question "Why should Gregory of/the ______ be included in the 2013 bracket? For those keeping score at home, the winner will face Martin of Tours in the First Round of Lent Madness 2013. 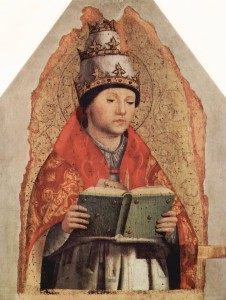 10 . Gregory the Great was a liturgical innovator of the 6th Century whose contributions to the order of worship endure to the present day.

9. Gregory the Great listened to the Holy Spirit and enjoyed a very interesting relationship with doves.

8. Gregory the Great was great. Everybody said so. He was canonized by popular acclaim, and John Calvin called him “the last good pope.”

7. Gregory the Great was a monk. Even after he became POPE and could have really lived it up, he eschewed a sybaritic lifestyle.

6. Gregory the Great, unlike a certain other Gregory, didn’t ride into ecclesiastical prominence on the coattails of his older brother, though he did come from a prominent family with ties to the Church. Nor was he, unlike you-know-who, virtually unremembered until the mid-20th Century when theological scholars had to dig deep into the shrouded veils of Eastern church history to find new dissertation topics.

5. Gregory the Great was into chant before chant was cool, as in Gregorian chant. (Though naming it after him a couple of hundred years after he died was a marketing move to capitalize on his venerated name in order to standardize liturgical practice across the Frankish empire.)

4. Gregory the Great is survived by a boatload of his sermons, commentaries and letters. What he had to say must have been pretty memorable and important to last 1,400 years. Just sayin’.

3. Gregory the Great was a huge advocate for the health and well-being of the poor and those displaced by war. He gave lavishly from his own substance and and became a gadfly to wealthy Romans by inducing them to give generously as well.

2.    Gregory the Great was concerned about all the churches in Christendom not just a squirty, little place called Nyssa  that only a few serious church history geeks could, if pressed, find on a map of Central Asia without looking it up on Wikipedia.

1. Gregory the Great’s compassion for the plight of young Anglo-Saxon slaves (“Non Angli, sed angeli” -  They are not Angles, but angels) he encountered at the Roman Forum so moved him that he sent St. Augustine to England as a missionary and, well, here we are in Indianapolis. 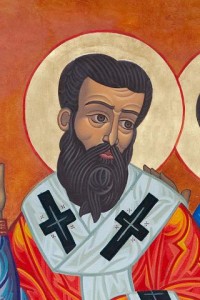 10. For all his conceptual thinking, apologetical writing, and doctrinal teaching, Gregory of Nyssa still said, “Concepts create idols; only wonder grasps anything.”

9.  As a leading figure in the Council of Constantinople in 381, Gregory played a primary role in the Nicene Creed we know and love.

8. He and his brother Basil made the Trinity the Godhead it is today.

7. He may have been a pretty lousy bishop, but was a darn good thinker. Hey, at least he was cleared of that embezzlement charge.

6.  His experience as Bishop of Nyssa during the Arian controversy makes General Convention look like a cakewalk with delicious frosting and pretty flowers on top.

4.  Despite the fact that Gregory didn’t have much good to say about pilgrimages, he put Nyssa on the map. The Cappodocian Board of Tourism owes him big time.

3. He was an early and vocal opponent of slavery, asserting since all are made in the divine image, all are radically equal.

2. He showed proper deference to his older sister Macrina (as younger siblings ought, ahem), and became a Christian through her witness and guidance. He was devastated by her death in 379.

1. Gregory of Nyssa would be an excellent patron saint of home-schooled children.

Gregory the Great vs. Gregory of Nyssa