The Lent Madness Emporium. Or Lentorium.

Lent Madness isn't just about saints, discipleship, voting, formation, and chuckles. Like the rest of our culture, it's about commerce. So here's your chance to stock up on Lent Madness goodies. 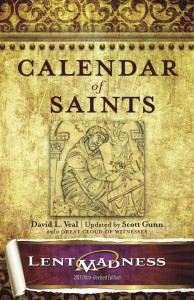 First of all, you can't tell the players without a program. Get thee to the Kindle or Nook stores and buy a copy of Calendar of Saints: Lent Madness 2013 Ultra-Revised Edition. This venerable title began life as book of devotional essays on the saints by Canon David Veal. Last year, we revised and updated it to include all the official saints of the Episcopal Church calendar (none of the trial use clutter) PLUS all the saints in Lent Madness. This year, it has been Ultra Revised to include all the saints in Lent Madness 2013. Besides author David Veal and editor Scott Gunn, this year's contributors include several celebrity bloggers and Lent Madness luminaries: Laurie Brock, Megan Castellan, Penny Nash, Tim Schenck, Heidi Shott, and David Sibley. Janet Buening on the Forward Movement staff added an essay and pulled the whole thing together. So, anyway, there's lots of great stuff here -- it's a devotionally oriented look at the saints.

For this year, we slashed the price to just $4.99. You can buy it on Kindle or Nook. If you want a paper copy, just place your Kindle on a photocopier and make your own. We promise not to sue you for copyright infringement if you do this, as long as you use a photo of yourself at the copier as your Facebook profile pic and tag "Lent Madness." 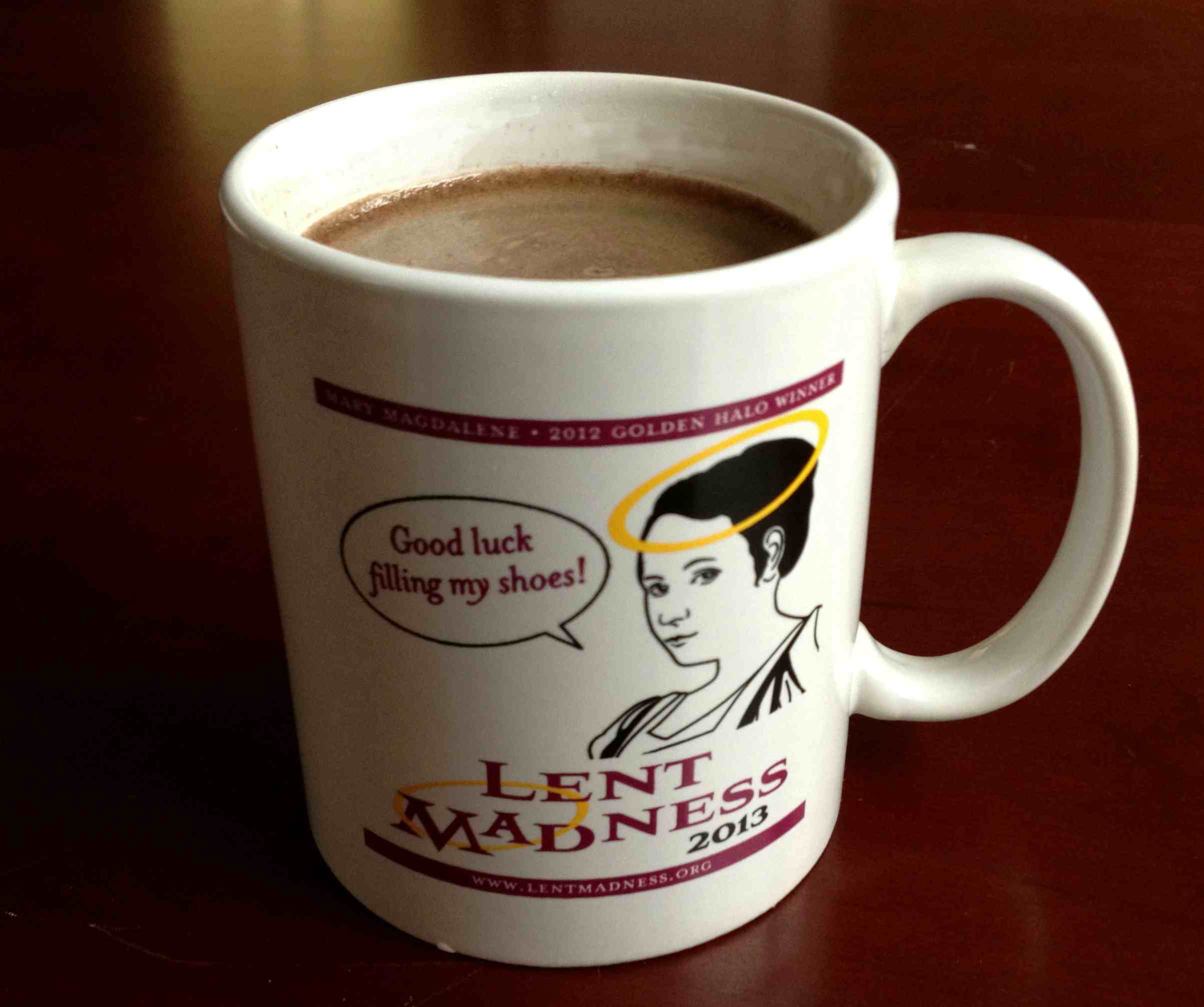 Second of all, since you are probably a bit sleepy after thinking about books, you are going to want a shiny new coffee mug. If you insist, it can hold other beverages too, up to eleven ounces. This year's mug features the Lent Madness 2013 logo, as well as the reigning Golden Halo title holder, Mary Magdalene, with a word to this year's bracket of saints: "Good luck filling my shoes!" Buy your mug for the low bargain price of $10 from Forward Movement. Get another one (or ten more) and the price plunges to nine bucks. 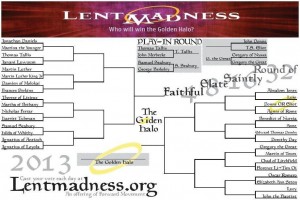 Third of all, and finally, you are going to want to track the results of Lent Madness in real time on your living room wall, right? For this you'll need a giant, poster-sized bracket. We have just the thing. New this year, you can buy yourself a 36" by 24" full-color bracket to record the winners of each match. Brackets are just ten bucks, or two for $18. Buy one for your parish hall bulletin board, another for home, and perhaps a third for work. It would not be completely out of line to get one for the car and several for your neighbors.

Keep an eye on the Store page. If we think up more stuff, we'll put it there. Got an idea for something you want to own? Let the Supreme Executive Committee know your ideas.

Buying all this stuff supports the work of Forward Movement, and here's a promise: If we sell at least $10 million of merchandise this year, we'll seriously consider getting a purple Lent Madness blimp for next year. Whoever buys the most stuff (minimum purchase, $1 million) can have a free ride on the official blimp with the SEC. Hey, it could happen. Or not.