With the short "Ash Week" behind us, we're plowing ahead into the first full week of Lent Madness 2013. We've already seen some nail biters, some controversy, and some bracket-busting upsets. Today we have the first African-American Episcopal priest facing off against the writer of one of the synoptic gospels.

Some have commented over the past few days, especially in light (no pun intended) of Lucy besting John the Baptist, on the insanity of this little online devotional. This is nothing new around here. We often hear "How in the world could saint XX beat saint YY?"  Of course the whole notion of saints competing against one another is absurd. But just when you get ready to yank your hair out by the roots, remind yourself that it's called Lent Madness, after all, not Lent Sanity. We learn about saints, we advocate passionately for those we particularly connect with, we win some, we lose some, and we're inspired in some way by them all.

As things continue to heat up, don't forget to tell your friends about Lent Madness via social media, email, or even a phone call -- it's never too late to jump into the fray! Oh, and if you're looking to find out when your favorite saint is set to square off, check out the Match-Up Calendar courtesy of Bracket Czar Adam Thomas. 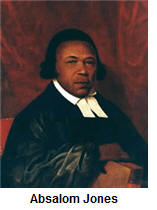 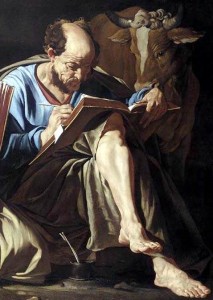 171 comments on “Absalom Jones vs. Luke”