After a brief hiatus for the Donne vs. Eliot Play-In round (Donne moves on) and the Super Bowl (Ravens!), Celebrity Blogger Week continues with the Rev. Laura Toepfer. If you think of Lent Madness from an Electoral College point of view, Laura is critical as she hails from California. She claims to be "boring" but her unofficial photo proves otherwise.

Oh, and Maple Anglican has just released a new video recapping the final Play-In -- don't want to miss this one!

The Rev. Laura Toepfer, entering her second year as a Celebrity Blogger, is the Managing Director of Confirm not Conform, an organization devoted to creating confirmation programs that celebrate questions and authentic faith. After seven years in college, youth, and parish ministry, in 2008 Laura became a Kiva Fellow and worked with microfinance agencies in Uganda before returning to her native California. She is the author of the curriculum Eat, Pray, Grow, produced by Every Voice Network—a program that is remarkably well-suited to a church Lenten series. She preaches regularly throughout the San Francisco Bay Area and often has snarky things to say about church on her blog The Infusion. She also has a thing about obituaries.

How long have you been a CB? What do you like about doing this or what have you learned along the way?
I was invited to be a Celebrity Blogger in 2012, which was a tremendous honor. And then I discovered it was a lot of work. Isn't that the way with celebrity? You think it's all about bon bons and fancy dress and adulation, and then you discover that it's just a slog.
What I learned along the way is that Tim was absolutely crazy to try to do this all on his lonesome for two years. How?! He must have given up everything else for Lent, except the coffee required to keep him finding Saintly Kitsch into the wee hours of the morning.

What I've liked about this is when the saints I've written about have touched people -- or done better than I expected. That's what happened with Evelyn Underhill 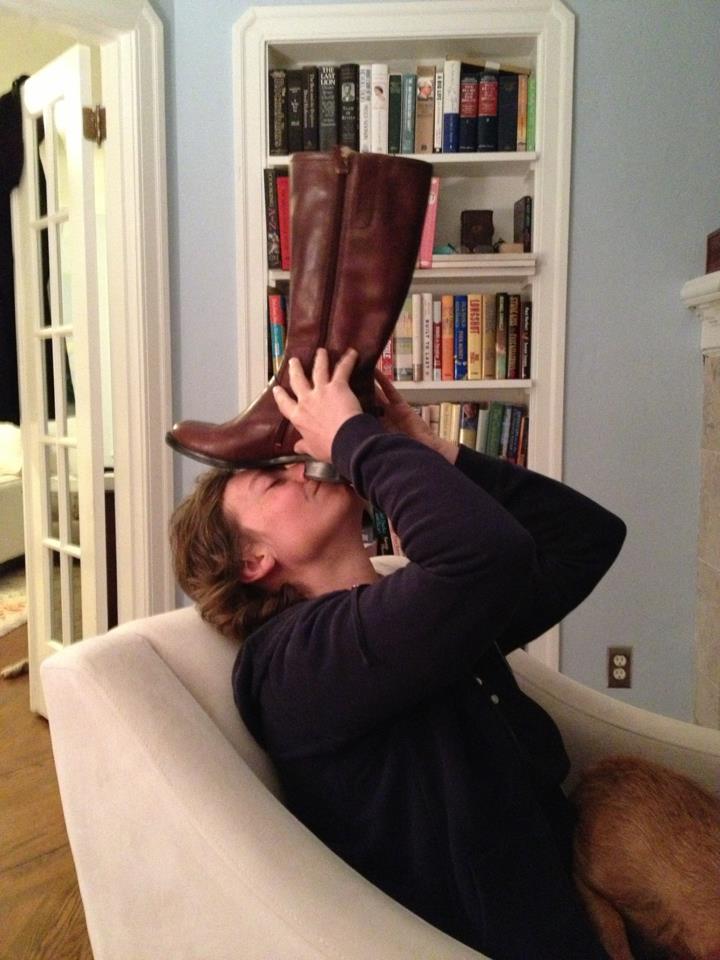 last year who, to my great surprise, took out Nicholas in the first round. I also learned that there's not much of a market for Evelyn Underhill kitsch.

What should the the LM faithful know about you? (quirks, interests, hobbies, etc.)
I'm so boring it's ridiculous. I don't even have a ferret. Is reading obituaries a quirk or a hobby? I drink a lot of tea. I have two cats (Havana Browns, known as the Evil Cat Brothers) and three dogs. Also, I cannot balance a boot on my nose. Like I said, bo-ring. I should tell you about my fabulous sister instead. She owns a shop in Portland Maine, called Ferdinand. She does roller derby and plays drums in a band. She has a cool YouTube channel with quirky videos. See? Wouldn't you rather hear about her?