While Scott and Tim consider the constant limelight of Lent Madness to be part of their servant ministry, they also believe that the spotlight should turn elsewhere now and then. Specifically, this week's Monday Madness continues a now-annual tradition, in which the people share the good news of Lent Madness. Look for friendly faces from California to Virginia, from Chicagoland to Cincinnati.

Don't worry, Tim and Scott will resume their costly sacrifice of receiving constant public adulation for next week's episode of Monday Madness. In the meantime, you can tune in to review past episodes on the Lent Madness channel.

This frame from the video is here for social media sharing. Think of it as a bonus, a trailer, a highlight, or a part of the director's cut. 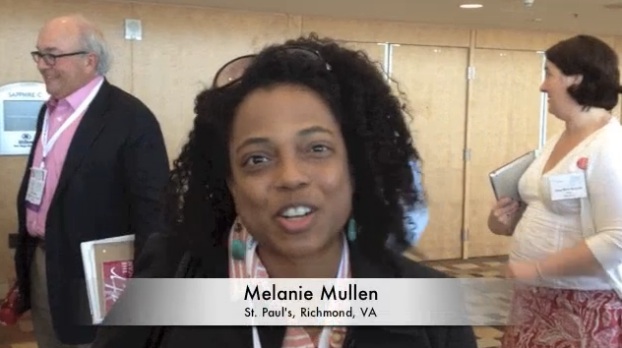