All Lent Madness fans should be grateful for one of the true unsung heroes of Lent Madness, Bracket Czar Adam Thomas. Adam created the now iconic fancy bracket we use for our little saintly competition. A former Celebrity Blogger, Adam now enjoys a title that clearly impressed the search committee at St. Mark's Church in Mystic, Connecticut, where he now serves as rector. 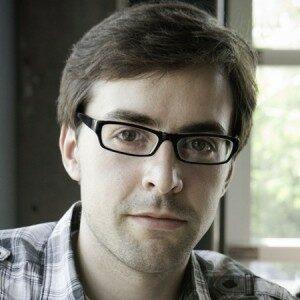 Adam Thomas, Lent Madness Bracket Czar, was a 2012 Celebrity Blogger (most closely identified with upstart Philander Chase) who has morphed into our keeper of the bracket. This Lent is his first as rector of St. Mark’s Episcopal Church in Mystic, Connecticut. Adam is the author of Digital Disciple: Real Christianity in the Virtual World (Abingdon 2011), which you should read since you are using the Internet right now and you are more than likely a Christian. His first novel Letters from Ruby, which is about an Episcopal priest (imagine that!) arrived in August 2013. Adam lives in Groton, Connecticut with his wife Leah, who is wonderful and lovely and every other good adjective you might think of. Check out his website WheretheWind.com, for six years of content. You can fan Adam on Facebook or follow him on Twitter@RevAdamThomas.

How has Lent Madness transformed your life?
Somehow Tim and Scott got me to convince myself it was a good idea to get up early every morning during Lent to make new graphics. Very Tom Sawyer of them. And all they had to do was throw me a nice title like Bracket Czar.

Obviously being a Celebrity Blogger is your greatest lifetime achievement. What perks have you enjoyed as a result of your status?
As the Bracket Czar I get all the fame of the Celebrity Bloggers without having to do research. I'll call that a win. 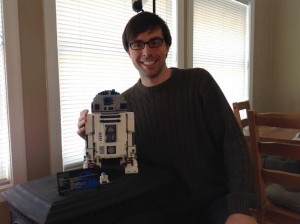 When it comes to brackets, Adam is as efficient as a droid.

In all seriousness, I hope that Lent Madness instills in people a sense of hope that their lives can be reflections of God's love and glory as the lives of the saints are. I guarantee you that the people we write about this Lent didn't consider themselves saintly during their own lifetimes. They just were. They resonated with the movement of God in this world and their lives demonstrated the powerful results of such resonance. And so can ours.

Someday, when you become the answer on Jeopardy, what will the question be?
Pretty sure you guys wrote this question backwards: if Alex Trebec desires the contestants to say "Who is Adam Thomas?" then the words that will appear on the question board will say, "He singlehandedly upped the production values of the Lent Madness bracket; I mean, seriously, look at the 2010 one."

[Editor's note. It's true. The 2010 Bracket created by Tim was perhaps utilitarian but no work of art.]