Entering her second year as a Celebrity Blogger, Laurie Brock is also the owner of Nina, the Official Horse of Lent Madness. Of course everybody in Kentucky owns a horse so we realize this is only a big deal to those outside the Bluegrass State. When she's not riding, writing, snarking up the joint on Twitter, tending to her congregation, following Alabama football, drinking bourbon, or walking her puppy Evie, we really have no idea what Laurie does all day.

Oh, she also has the distinction of teaching Tim how to ride a horse when he was in Kentucky to lead Clergy Conference for the Diocese of Lexington last year. He was not a natural. 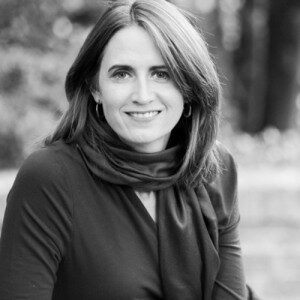 Laurie Brock is a returning Celebrity Blogger because she loves getting free coffee mugs. Clergy never have enough coffee mugs or crosses. She serves as the rector of St. Michael the Archangel Episcopal Church in Lexington, Kentucky. She blogs at Dirty Sexy Ministry and is the co-author of Where God Hides Holiness: Thoughts on Grief, Joy and the Search for Fabulous Heels (Church Publishing). She is also the creative force behind Fifty Days of Fabulous from Forward Movement. She frequently shares her quirky, snarky views on faith, Alabama football, and popular culture on Twitter at @drtysxyministry, but don’t follow unless you can laugh at yourself and your religion. Otherwise, you’ll just be offended. When she’s not doing priest things, she is riding her horse Nina and trying to avoid another spot on the Celebrity Blogger injured reserved list like last year.

How has Lent Madness transformed your life?
Well, I now have something to do during Lent other than repent. And I know way more about Hilda of Whitby and the other saints I've celebrity blogged for than I learned, even for seminary exams. Being a Celebrity Blogger engages one in the lives of the saints (not to mention a competitive Lenten discipline) beyond just a set of dry facts to the humorous, spiritual, tragic, and even oddly insane lives they lived. Plus Nina the Official Lent Madness Horse enjoys wearing her purple sheet (a sheet is the horse version of a light coat). And I can't go to any Church event without being mobbed by people wanting autographs. Well, maybe not so much that last sentence.
Obviously being a Celebrity Blogger is your greatest lifetime achievement. What perks have you enjoyed as a result of your status?
This year, Thomas Merton is one of my saints (vote THOMAS!), so I trekked to Gethsemani, the monastery where he lived and wrote not too far from where I live in Kentucky. I met one of the monks who knew Brother Louis (as Thomas was known to his fellow monks) who told me personal stories of their time together and quoted poetry about God as we sat in the garden where Thomas himself sat and prayed decades before. It was a lovely moment realizing I would have never had this ethereal opportunity without the generosity of the SEC, Scott and Tim, and without my ability to snark in 140 characters or less on Twitter (which is how I'm still convinced I got the call to the major leagues of Church blogging). 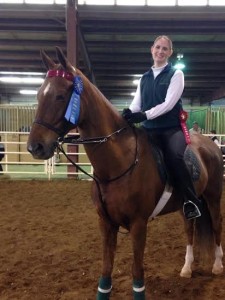 Laurie with Nina, the Official Horse of Lent Madness

I was intrigued with the small scandal that erupted over Frances Perkins winning last year's Golden Halo. I had some people argue, "She's not really a saint." Well, no, her hair and fingernails didn't continue to grow after her death, and as far as we know, she didn't put a pickled barrel full of children back together after a mean shopkeeper had enough of their shenanigans and dismembered them (why no one tells that story from the life of St. Nicholas is beyond me). Do these qualities make a saint? Or is a saint someone who heroically lived his/her faith in a daring and courageous way? Frances is a wonderful example of using her faith to guide her decisions and influence others to help the least of these in this country at a time when women's leadership was considered suspect and rarely given heed. That seems heroic to me...I mean, imagine if we all lived our love for God and neighbor the way Frances did.

That, quite honestly, is part of being a saint. Fantastic stories of ancient saints are part of the hagiography of a saint, but saints, as the hymn says, are here and now. So I hope that Lent Madness is a way for people to feel their pre-concived ideas of who a saint is gently (and sometimes irreverently) expanded as they come to know saints past and present in a very real way.
Someday, when you become the answer on Jeopardy, what will the question be?
"Who is the first Episcopal priest to host Saturday Night Live?"