Ever since 2011, the first year we invited four Celebrity Bloggers to participate in the Faithful Four (because Tim was exhausted from writing all the bios himself), Penny Nash has been part of the Lent Madness team. In other words, this will be the fourth straight Lent that she's offered us a Penny for her thoughts. Which is a ridiculous statement but we figured we'd leave all the tri-cornered Colonial Williamsburg references to Penny herself. Read on. 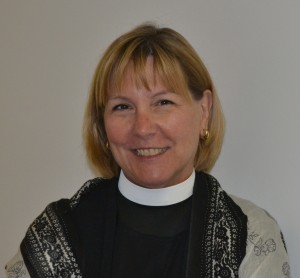 Penny Nash, one of the four original Celebrity Bloggers, is still somewhat amazed that she is the associate rector at Bruton Parish Episcopal Church in downtown Colonial Williamsburg, Virginia. When people ask her what women priests wore in the Colonial Era, her response is, “Pants.” She is a contributor to a lectionary series of sermons and reflections by a group called Homelists for the Homeless. The first two volumes, Hungry, and You Fed Me/Year C and Naked, and You Clothed Me/Year A are out and will be followed by the third volume (for Year B) in the fall of 2014; Letters to Me: Conversations with a Younger Self, a collection of essays for young adults; as well as to two Forward Movement “Day by Day” books. Known in the social media world as Penelopepiscopal, Penny posts prayers or reflections, accompanied by her own photography daily at her blog One Cannot Have Too Large a Party. Friend her on Facebook or follow her on Twitter@penelopepiscopl. 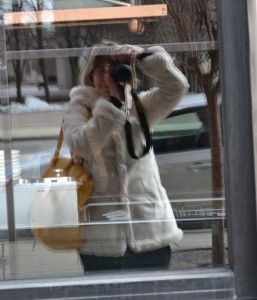 Besides receiving free mugs and brackets, people recognize me everywhere I go, and almost always in a good way, except for…well, never mind about that. It happened just once. Right. OK, for instance, last year on Ash Wednesday as I was preparing for our “Ashes on the Go” distribution, a visitor from Alaska (!) came to the altar rail and said, “Hi! I’ve never received ashes from a Real Celebrity Blogger before!” That was pretty big. But the best perk was when another visitor (we have a lot of those here in Colonial Williamsburg) came out of the church one Sunday morning and introduced herself to me as a member of the parish where Lent Madness super fans Hope and Skye are also members. So, being a Celebrity Blogger brings me into the circles of other famous and cool people.

One of the great things about saints, and particularly about this year’s crop of saints in Lent Madness 2014, is that they are both normal people and also extraordinary people. I hope that each member of the Lent Madness public will find a saint or two who inspire them to do something extraordinary themselves for the love of God and in the name of Jesus Christ.

Someday, when you become the answer on Jeopardy, what will the question be?
"Who discovered a magical recipe for fudge brownies that helps people lose weight by eating two of them every day?"
Posted in:
Color Commentary|Lent Madness 2014