We trust everyone survived their weekend-long bout with LMW (Lent Madness Withdrawal). We realize it's tough to make it through an entire two days devoid of saintly voting. Yet congratulations are in order as you have all made it through this agonizing "wilderness" experience. The good news is that another full week of intense Lent Madness action begins right now!

Be sure to check out Maple Anglican's latest video as Archbishops John and Thomas preview the week ahead and answer some viewer mail. And if that's not enough to get your Lent Madness jets going, we invite you to watch and re-watch the FOX News story about Lent Madness that aired all over the country this weekend.

Today we encounter a Biblical saint baptized by Paul and a fourth-century Ethiopian who embodies the whole idea of "once was lost and now am found." Lydia was a strong woman in faith and determination; Moses the Black was a strong man both spiritually and physically. 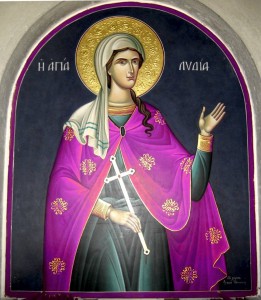 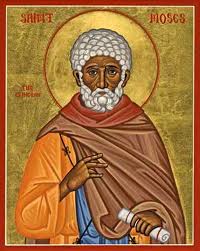