The following article first appeared on Episcopal Cafe's The Lead. While we're generally grumpy about the fact that this "cafe" still hasn't delivered our double espressos, we're impressed with their nose for news. They scooped every other media outlet to get this story, including the SEC. Tim and Scott did want to squash one rumor, however: they will not be changing the name to Lent McMadness. 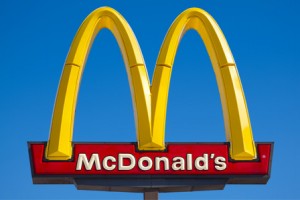 Forward Movement has entered into an agreement with international fast-food giant McDonald's to issue special Lenten Happy Meals featuring popular saints in what will be called “Holy Heroes Happy Meal.”

Starting this Holy Week, you can get an action figure of saints voted on by fans of Lent Madness, an annual project of Forward Movement of Cincinnati, Ohio.

“Every Lent many thousands of Christians take to the brackets and vote their favorite saints until one and only one wins the Golden Halo,” says Jeff Stratton, President of McDonald's USA. “We can’t imagine anything more inspiring than a Julia Chester Emery or Samuel Isaac Joseph Schereshewsky action figure in a child’s Happy Meal.”

"We got the idea to partner with McDonald's by thinking about St. Lawrence who was roasted to death," said the Rev. Tim Schenck, who first came up with the idea for Lent Madness. "After he was in the fire for a while, he called out 'I'm done on the side, turn me over.' We appreciate a guy who kept his sense of humor to the last. And McDonald's does too."

It is understood that this promotion will appeal to more than just children.

“We expect that many adults will snap these up as collector’s items,” said Gunn. “Many bookshelves in many clergy offices will no doubt be enhanced 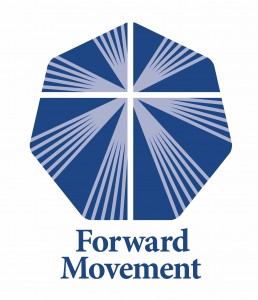 by their mere presence. Seminary texts that haven’t be touched for years will certainly be spiffed up by these characters!”

Celebrity bloggers will create the fun and informative texts that will accompany each meal printed on every box.

Predicting which saints to produce will be tricky. For example, Shereshewsky was voted out in early voting in this year’s brackets but after the production run was ordered. It was confirmed that past Golden Halo winners Frances Perkins and Mary Magdalene will be available. “While these figures won’t substitute for Lent Madness itself, we foresee a new level of saintly silliness as this partnership proceeds.”

With the corporate sponsorship, the only required change was to give the winner "Golden Arches" rather than the traditional Golden Halo. Gunn and Schenck agreed the change was worth it: "We've super-sized this one!"