Of Winners and Losers 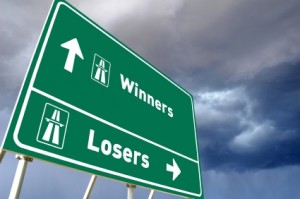 After a very close vote on Thomas Merton vs. Charles Wesley, the Supreme Executive Committee carefully reviewed all the votes. We are sorry to say that we found two instances of voter cheating, both attempting to support Merton. A voter in Springfield, Missouri, voted 21 times for Merton, while a voter in Colorado Springs, Colorado, voted 34 times for Merton. Those two users have been banned, and we have removed 55 votes from Merton. This means Charles Wesley received more legitimate votes than Thomas Merton, so Wesley is hereby declared the winner. People who cheat are hereby declared losers.

Please note, in Lent Madness, we encourage you to do whatever you can to get out the vote. Send mass emails to everyone in your diocese, rent a blimp, buy television ads, canvass your neighbors, or do something more conventional like tell your Facebook friends to vote for your candidate. But we frown on persons who vote more than once. Don't do it.

Also, please note, we are carefully watching some voters from Seattle, WA; Stow, OH; and Oregon, OH. You've been warned. Don't risk being cast into the outer darkness of Lent Madness where there will be weeping and gnashing of teeth.

So, rest assured that Big Fathers are watching. Lent Madness will be decided in free and fair elections.

For now, we encourage you to vote (once only) in today's match-up between Lydia and Basil the Great.

88 comments on “Of Winners and Losers”