Behind the Curtain at the SEC Annual Spring Retreat

As devoted Lent Madness fans will know, Tim and Scott (a.k.a. the Supreme Executive Committee) meet every spring to unpack and contextualize the previous Lent Madness and engage in vision-casting and missional strategy for the next year.

This year's meeting is taking place at various coffee shops in and around Cincinnati. The meeting began with the gentle sound of a Tibetan prayer bowl inviting relationship with the Spirit and/or spirits. After Tim and Scott removed their shoes, they proceeded to "check in" while in the Lotus position at a prie-dieu so as to integrate Christian spirituality into the global context in an entrepreneurial fashion. Both Tim and Scott shared their public narrative about their ministry settings from strengths-based perspectives, taking care to map their assets.

Once they were fully present to one another, they spoke into the circle of trust while reviewing the previous year's minutes. Using "I statements" they corrected the minutes. For example, "I feel that there should be a comma in the third sentence." In order to prevent deforestation and respect the dignity of Staples, they used PowerPoint to review the minutes.

Two hours passed, and it was time for a fresh contextual check-in to process their insights. Assured of growth in emotional intelligence and personal well-being, they mindfully moved into African Bible Study of the temptation in the wilderness. Following Bible Study, they enjoyed an ecologically sustainable, free-range lunch (that died a natural death).

Later, they opened themselves to the movement of the Spirit and/or spirits to begin to discern the 2015 bracket of Lent Madness. This was done both in plenary and small groups, with frequent reporting back. Tim and Scott made use of the latest techniques for writing down the names with both markers and brightly colored dots.

At this time, to preserve confidentiality, Tim and Scott are unable to reveal any details. However, we have a few photos to share. Stay tuned for news from the SEC tomorrow, but don't expect to see a bracket.

For now, the SEC is resting after compline -- and a lively hour-long debate over who would officiate at said office.

Tim and Scott search for an undisclosed, secure, marble-clad location 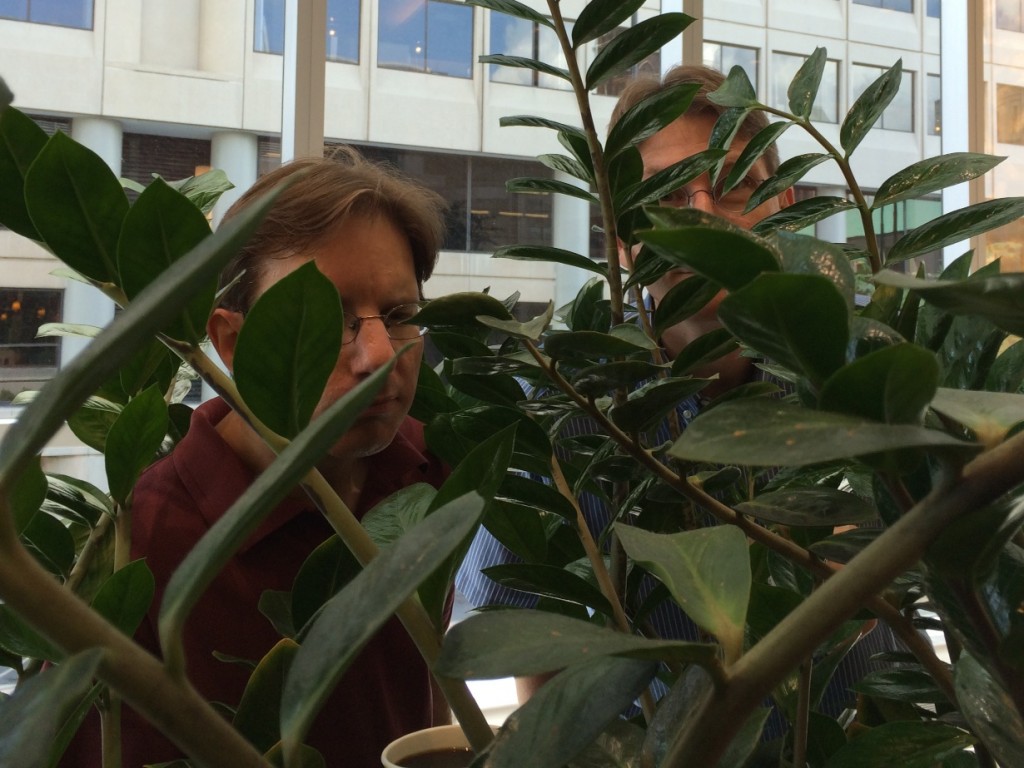 The SEC pores over the nominations 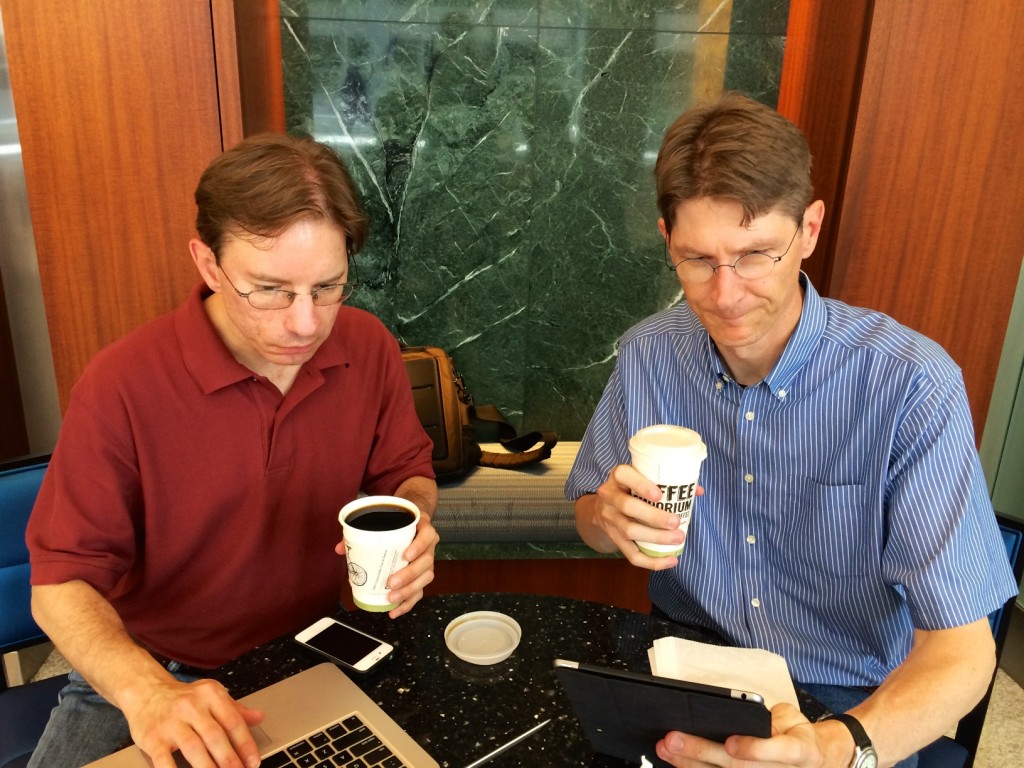 The SEC attempts to use modern art as a source of inspiration, with mixed results 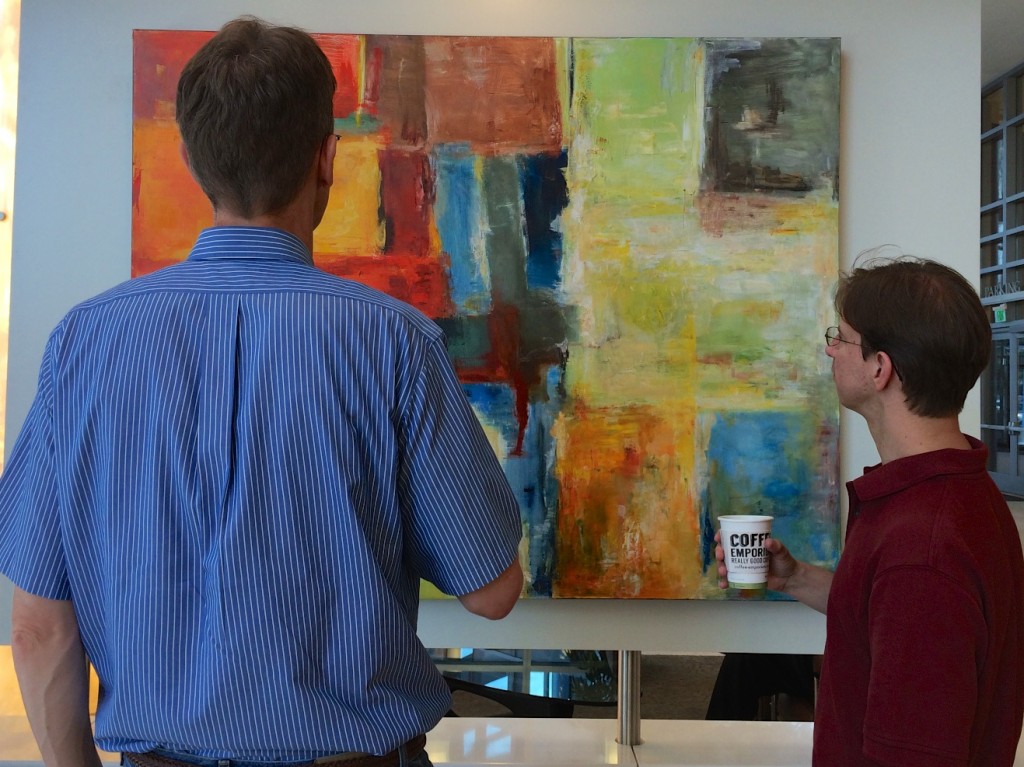 Is there any Wisdom to be found in the fountain? 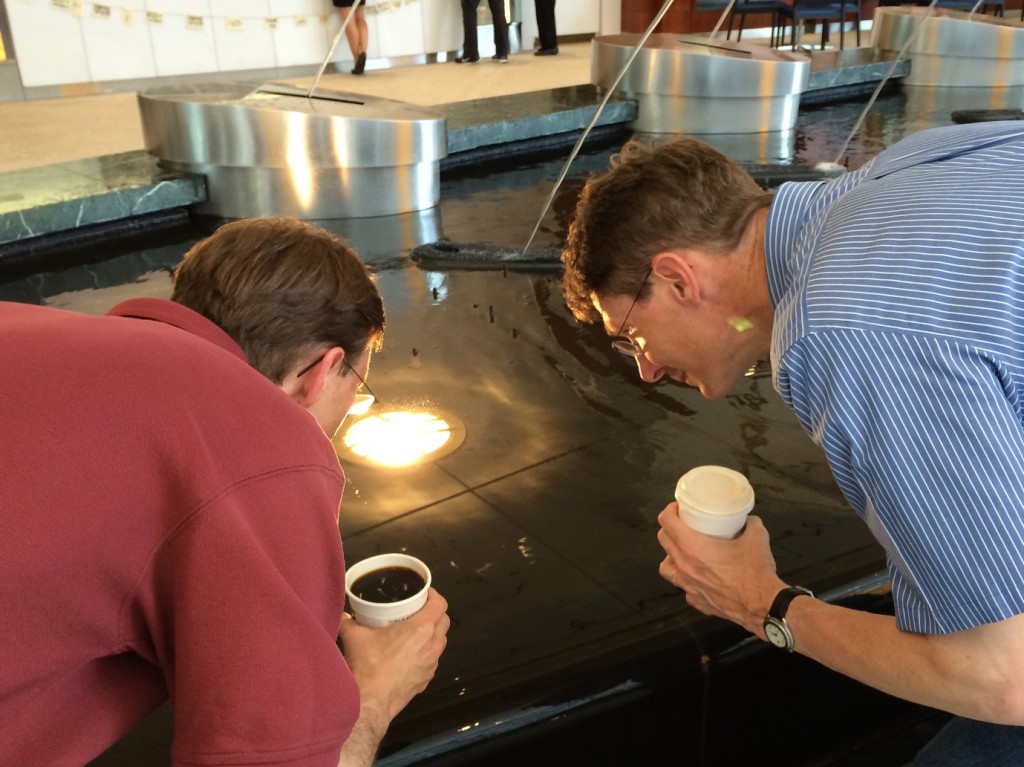 Though they are ineligible for the bracket, Tim and Scott check to see if they can glean anything from Jesus or Mary 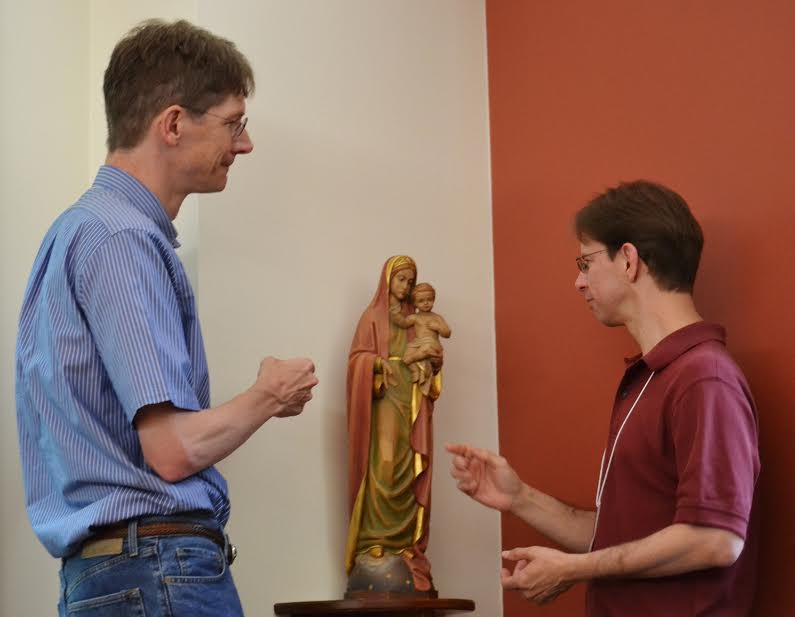 Last photo by Faith Lang. All others by Sherilyn Pearce.