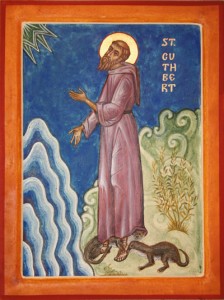 With the appearance of seals and otters in the early rounds of Lent Madness 2015, some of you have wondered about the Supreme Executive Committee's overall stance on and treatment of animals.

While we thank you for your concern, we are here and now announcing unequivocally that no animals have been harmed in the formation of this year's bracket.

Indeed, to our critics we point to the ultimate animal lover, Francis of Assisi's inclusion in this year's saintly smackdown. According to (perhaps someone's?) tradition, Francis preached to both Thecla's ravenous seals and Cuthbert's otters. In the icon above, you can see the otters in action doing a splendid job drying the feet of Cuthbert who, we have been assured, did not step on them by accident. 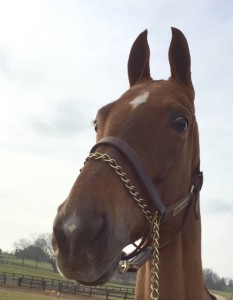 As far as upcoming battles go, Balthazar's camel came out unscathed despite spitting in the face of one member of the SEC. And, while Margaret of Antioch did slay a dragon, in fairness it did swallow her whole and she had to get out somehow.

Since we're on the subject of animals, you should know that we do have an Official Horse of Lent Madness. Last year we bestowed this honor upon Celebrity Blogger Laurie Brock's horse Nina. 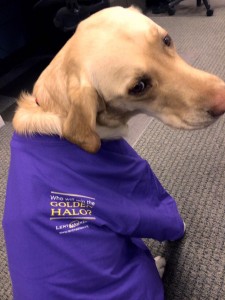 There are many perks to being the Official Horse of Lent Madness such as purple hay, hanging out with Balaam's ass (from the Book of Numbers), and sneering at the fact that while Paul is often depicted as having fallen off his horse during his conversion experience on the Road to Damascus this detail is not, in fact, scriptural. You can follow Nina on Twitter @NinaNeigh.

Tim's dog, Delilah, a yellow lab/husky mix, does not have a Twitter account. She also still holds a grudge about being rejected for the Episcopups Calendar a few years ago.

Finally, did you know that Tim's ferrets (the kids insisted) play an important role in discerning the bracket? Okay, his family is down to a lone ferret named Mimi but still. Click here to learn more in this classic Monday Madness video from 2012 about the SEC's scientific method for determining which saints make it into the bracket. 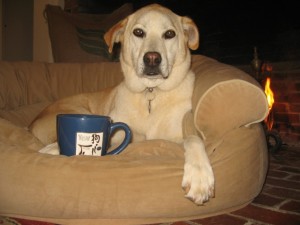 So, there you have it from the, um, horse's mouth. Not a single animal has been injured or harmed in any way during Lent Madness 2015.

PS. In yesterday's saintly action, Frederick Douglass trounced Dorcas 69% to 31%. As we enter the weekend and encounter full onset LMW (Lent Madness Withdrawal) for the first time this season, keep vigil with purple candles as you await the return of voting on Monday morning when Francis of Assisi takes on John Wycliffe.