Commenters: We salute you 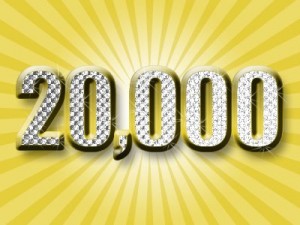 During today's battle between Jackson Kemper and Margery Kempe someone posted the 20,000th comment on the Lent Madness website. This milestone has put the SEC into a reflective mood and thus we offer the following thoughts:

1. 20,000 comments -- about saints?! It's pretty amazing that so many people have engaged their faith since we started this dedicated Lent Madness website in 2012. Sure, the advent of the internet led to an explosion of people sharing opinions in public forums and we're used to people opining about sports teams and politics. But the fact that so much thought has gone into commenting about people who have followed Jesus is still stunning.

2. Most online forums are hardly...gracious places. With rare exception, those who comment on the saintly smackdown are respectful and kind. People often share their impressions and personal experiences in touching ways. Humor and good cheer abound even amid differences of opinion. This is hardly common when it comes to open online forums -- the phrase "internet troll" is well deserved. Yet Lent Madness seems to bring out the best in people.

3. Lent Madness is a learning opportunity. Most people understand that the whole notion of saints "competing" against one another is absurd and that the real point is to learn about some amazing people. Of course brief write-ups are just scratching the saintly surface and we love it when commenters share resources with one another in order to go deeper.

4. It's self-policing. In the first year or two Scott or Tim would regularly have to jump into the commenting fray to answer questions or redirect the tone. This rarely happens now because others are quick to step in and we're grateful.

5. For the most part. Occasionally people should pause before hitting "submit" and think about whether the comment is hurtful in any way. Yes, advocate for your saint but please don't trash the other one. I mean, cultural context and all, there's good reason why all of these folks are in the bracket. If a certain saint "does nothing" for you that doesn't mean she or he hasn't inspired the person in the next cubicle.

6. Comments build community. It is through our interaction with one another -- the playful, the maddening, the informative, the prayerful -- that community is built. Yes, you are part of the Lent Madness community and it is a very real, not merely virtual, community.

7. We love lurkers. The term "lurker" isn't an insult. It refers to those who fully engage by reading and voting but never comment. Actually only a very small percentage of those who read blogs actually leave comments. This doesn't mean they don't care or aren't passionate about the topics at hand -- they're just not the commenting type. If you are a lurker, that's fine!

8. The dilemma for voters. "Should I read the comments before I vote or not?" Some participants check in 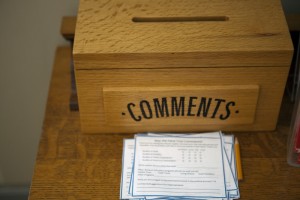 throughout the day to read and reflect and only then cast their vote. Others intentionally ignore the comments in order to remain bias-free. Whatever your method, you're right!

9. If you've never commented, jump in! Everyone's first comment gets moderated -- just to make sure you're not a troll or spam -- so if it doesn't appear immediately, you'll know why. Whether profound or trivial or somewhere in between, your comments do enrich all of us. If you've been hesitant to share your thoughts publicly, go ahead and jump in! The commenting water's fine.

Whether you've left one comment or 50 over the past few years, we're grateful for your engagement and trust that the process of reading others' has been food for your Lenten journey. Onward to the next 20,000...

41 comments on “Commenters: We salute you”