Today, Lent Madness offers us a tough choice between Juan Diego and Frederick Douglass. Their respective stories and legacies are compelling yet only one will advance to the Elate Eight. To paraphrase a best-selling book: Eat, Pray, Vote. Unless you’ve already eaten. In which case, just pray and vote.

Oh, and don’t forget to watch yet another exciting episode of Monday Madness. Tim and Scott mention a few folks (at least by town) who have been cast into the outer darkness for voting too many times from a single location and they reveal just who writes all the Monday Madness scripts (HINT: It’s not Jimmy Fallon’s talented stable of writers). 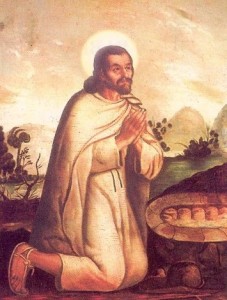 On December 9, 1531, Juan Diego experienced that apparition in which he asked the Virgin her name. She responded in his native language of Nahuatl, “Tlecuatlecupe,” which means “the one who crushes the head of the serpent” (side note: the serpent was a very important symbol in Aztec religion! Coincidence?!?) “Tlecuatlecupe” when correctly pronounced, sounds very similar to “Guadalupe.”

In his canonization homily, Pope John Paul II said, “In accepting the Christian message without forgoing his indigenous identity, Juan Diego discovered the profound truth of the new humanity, in which all are called to be children of God. Thus he facilitated the fruit meeting of two worlds and became the catalyst for the new Mexican identity, closely united to Our Lady of Guadalupe, whose mestizo face expresses her spiritual motherhood which embraces all Mexicans.” 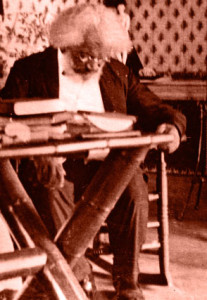