Although Laurie Brock took St. Francis all the way to the Golden Halo last year, the SEC stubbornly refuses to sell St. Laurie garden statues in the Lentorium. It should also be noted that despite the fact that Laurie is a huge fan of Alabama football, the acronym SEC stands FIRST AND FOREMOST for Supreme Executive Committee NOT Southeastern Conference. Just to clarify. 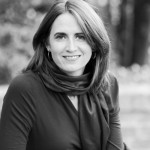 The Rev. Laurie Brock, Distinguished Celebrity Blogger, is a returning Celebrity Blogger because she loves getting free coffee mugs and receiving celebrity red carpet treatment at Episcopal gatherings. One of those things may not be entirely accurate. She serves as the rector of St. Michael the Archangel Episcopal Church in Lexington, Kentucky. She blogs at Dirty Sexy Ministry, is the co-author of Where God Hides Holiness: Thoughts on Grief, Joy and the Search for Fabulous Heels (Church Publishing), and is also a contributor to a forthcoming book about the real lives of women clergy. A reality series on E! is surely coming soon. She is also the creative force behind Fifty Days of Fabulous from Forward Movement. She frequently shares her quirky, snarky views on faith, Alabama football,and popular culture on Twitter at @drtysxyministry, but don’t follow unless you can laugh at yourself and your religion. Otherwise, you’ll just be offended. When she’s not doing priest things, she is riding her horse Nina, the Official Horse of Lent Madness.

1. Since being named a Celebrity Blogger is obviously your greatest lifetime achievement, how will you handle the inevitable post-Lenten letdown?
Actually, I was named, along with David and Megan, a DISTINGUISHED Celebrity Blogger. As I remember, the conversation among the SEC went something like this:

“What are we going do to about Megan, David, and Laurie?”

Yes, what are we going to do, indeed.

So, at least through Ascension Day, I bask in the glory of being named a Distinguished Celebrity Blogger and all the honor and grandeur that comes with such a decree from the SEC. Once Pentecost arrives, I begin to realize Lent Madness is, indeed, over and engage my coping skills that include, but are not limited to, exploring how many shades of green churches can use during Ordinary Time without going over the edge; memorizing particular writings and prayers from past Lent Madness Golden Halo winners; and reading the entire library of The Classics of Western Spirituality so I can prepare myself for next year’s saints.

Or maybe I just binge watch BBC comedies, ride horses, and wait until college football season starts again (did I mention I am a huge Alabama football fan and met Nick Saban?).

2. What is the single strangest thing you’ve learned about one of your assigned saints?
Not so much strange, but I’ve become increasingly aware of how often we reduce saints to nice, sweet people instead of the troublemakers they so often were. St. Francis, for example, was so much more than a man who blessed animals (no evidence survives to support that he did bless animals, by the way). He challenged the religious authority of his day, as did his counterpart in troublemaking ministry, Clare. He had significant conversations and dialogue with Muslims and respected their faith. He recognized the call of Jesus to serve the least of these by joining them, not to serve from a position of power. Over the years, we in the church have a tendency to edit, rewrite, and reduce saints to a shadow of their true selves, if not completely change their witness all together. That seems strange and even quite tragic. 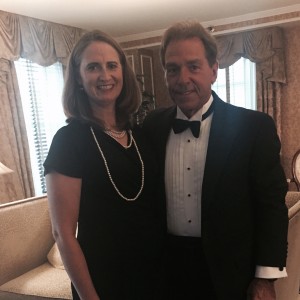 3. What is your favorite saint-inspired food and why?
I’m a daughter of the Deep South, so I love all things fried. And I love bread. So imagine my joy when I discovered these amazing little fried delicacies in a French pastry shop called beignets soufflès. They are a magical, holy marriage between a crepe and a muffin…and they were perhaps inspired by the early monastic sisters of the Christian faith. Maybe Hilda of Whitby…who knows.

But, if you go into a French pastry shop and order beignets soufflès, you might want to use their more commonly known name: Nun Farts.

I kid you not.

So on the holy days when we commemorate the many gifts women of the church have given us through the centuries, whip up a batch of Nun Farts, fill them amazing little pastry with crème, butter, or jam (or all three) and say a prayer of thanksgiving.

4. Besides Lent Madness, what do you most look forward to during the season of Lent?
David Sibley and I make viewing Lent Madness deadlines as mere suggestions rather than absolutes a regular Lenten Discipline, one we very much enjoy and are quite accomplished at doing.

Ignoring deadlines, in all seriousness, is a part of Lent (though perhaps not one Tim appreciates). So much of ministry is doing, and Lent calls me to sit, to be, to listen deeply at how God is shifting and moving my self and soul. The season of Lent is a stripping down to essentials, and each Lent I refocus on what is essential in my relationship with God, my relationship with others, my relationship with myself – and how these things shape and move my ministry.