In the penultimate (we love that word here at Lent Madness) matchup of the first round, it's Frances Joseph-Gaudet facing off against John Mason Neale. Six names, two saints, only one will emerge victorious and advance to the next round.

Yesterday Vida Dutton Scudder skated to an easy win over F.D. Maurice, 72% to 28%. She'll face Clare of Assisi in the Saintly Sixteen.

Stay tuned for a special "Tuesday Edition" of Monday Madness in which Tim and Scott wax eloquent(ish) on a variety of Lent Madness topics. It will be epic, as usual.

And finally, if you live in a Super Tuesday state, make your first and most important vote right here at Lent Madness, before heading out to those other polls.

Frances Joseph-Gaudet was born 1861 in Holmesville, Mississippi, during the American Civil War. Of Native American and African American parentage, she moved to New Orleans to pursue her education at Straight College. She breathed fire into every aspect of her calling: as an educator, single mother, social worker, principal, philanthropist, and Christian.

Joseph-Gaudet was a game changer in the world of African American prisoners and youth. She sought reform in the conditions and educational opportunities in prisons, and she brought clothes to the incarcerated. Joseph- Gaudet would often attend the juvenile courts, taking responsibility for youth offenders by bringing them into her home. Joseph-Gaudet wrapped these children and mothers in her love and care, giving them a chance at a better life.

When her home became too small for the number of individuals she brought home from the courts, she purchased a small farm that became the Gaudet Colored Normal and Industrial School. Joseph-Gaudet served as its principal until she donated it to the Episcopal Diocese of Louisiana where it remained a school until the early 1950s. The building later reopened as the Gaudet Episcopal Home in 1954, as an African American children’s home. In 1966, it closed its doors permanently, but the proceeds from the sale of the land continues to fund scholarships for African American children pursuing higher education.

Joseph-Gaudet later moved to Chicago, Illinois, where she died on December 30, 1934. The Episcopal Church added Joseph-Gaudet to the calendar of saints in 2006 for her work in bringing a voice to all people—black, white, old, and young—in the prisons of the South.

Collect for Frances Joseph-Gaudet
Merciful God, who raised up your servant Frances Joseph-Gaudet to work for prison reform and the education of her people: Grant that we, encouraged by the example of her life, may work for those who are denied the fullness of life by reasons of incarceration and lack of access to education; through Jesus Christ, who lives and reigns with you and the Holy Spirit, one God, for ever and ever. Amen. 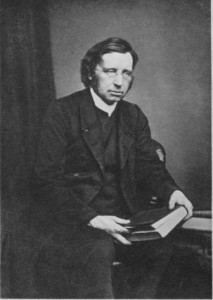 John Mason Neale, the prince of hymn translators, was born in the shadow of St. Paul’s Cathedral, London, to an evangelical family in 1818. Neale was deeply influenced by the Oxford Movement, which stressed the apostolic character of the Church of England and sought to put it back in touch with its historical roots. Neale’s imagination was sparked by the vision of a church in touch with the medieval past and alive with the beauty of ornament, architecture, and song.

Neale was ordained a deacon in 1841, but his bishop refused to grant Neale a position based on his theological positions. After finally being ordained a priest, Neale was eventually appointed warden of Sackville College, a home for the elderly poor, in 1846. Refurbishing the chapel from his personal funds, he installed open pews, a rood screen, and two candles and a cross for the altar.

The Bishop of Chichester, offended by this “spiritual haberdashery,” inhibited Neale from functioning as a priest. Stymied, Neale threw himself into translating and writing, while also founding the Sisterhood of Saint Margaret. There were multiple riots because of his theological and liturgical beliefs between 1848 and 1866. His inhibition was formally withdrawn in 1863. Three years later, Neale died from exhaustion at the age of forty-eight on August 6, 1866.

Neale believed deeply in imagination and beauty as pathways to the holy. He won the Setonian Prize for Poetry at Cambridge ten years in a row, and while other members of the Oxford Movement had drawn attention to the old Latin hymns, Neale translated them with a beauty and vigor unsurpassed. Furthermore, he was the first to look eastward and to translate hymns from the great store of Eastern Orthodox materials. Neale communicated his faith with doctrines for the mind, beauty for the senses, and songs for the heart.

Collect for John Mason Neale
Grant, O God, that in all time of our testing we may know your presence and obey your will; that, following the example of your servant John Mason Neale, we may with integrity and courage accomplish what you give us to do, and endure what you give us to bear; through Jesus Christ our Lord, who lives and reigns with you and the Holy Spirit, one God, for ever and ever. Amen.