Yesterday, in what may well be considered the biggest upset thus far, Franz Jägerstätter narrowly took down Joan of Arc 52% to 48%. Ladies and gentlemen, we have an official Cinderella of the 2017 bracket -- and rather than a glass slipper he's wearing double umlauts. 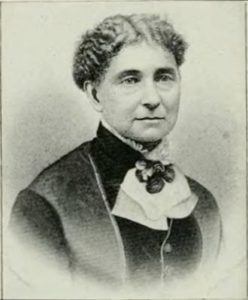 Born to devout Presbyterian parents in 1818 in New York, Amelia Bloomer was taught by her mother at home and given basic instruction in a village school. Bloomer worked as a teacher and a governess. When she married, the vows omitted, at the bride’s declaration, the promise to obey her husband. She became an active member of Trinity Episcopal Church in Seneca Falls.

Bloomer’s passion was the issue of temperance—she recognized the damage alcohol abuse brought to communities and relationships. She attended the Women’s Rights Convention in Seneca Falls. While she initially rejected much of the platform from Seneca Falls, the seeds of equality were planted and nurtured by Bloomer’s faith and her community.

Realizing the power of newspapers, Bloomer began publishing The Lily in 1849, much to the mocking consternation of male journalists, who deemed her project a failure. But The Lily bloomed, providing a national platform to address women’s rights, temperance, women’s education, and double standards between women and men. The Lily’s coverage of a new fashion for women that allowed for movement and less restriction went viral; subscriptions for her paper doubled when more mainstream newspapers ran stories about the ensemble eventually called bloomers.

In her newspaper, Bloomer publicly countered arguments from clergy who used scripture to condemn women’s fashion. Well-versed in scripture, Bloomer wrote extensively about verse traditionally used to demean women. She recognized that women’s fashion issues were symptomatic of a larger issue—women were not seen as independent, capable citizens in the eyes of the government or the Church.

Amelia was a devoted Episcopalian, challenging clergy who opposed women’s rights. Her Christian faith was fuel for her commitment to moral and social change, and she continued to champion women’s rights, preaching that one day, God would “bring about the emancipation of women, and make her equal in the power and dominion that she was in the beginning.” She died in 1894; twenty-six years later, women won the right to vote.

Collect for Amelia Bloomer
O God, whose Spirit guides us into all truth and makes us free: Strengthen and sustain us as you did your servant Amelia. Give us vision and courage to stand against oppression and injustice and all that works against the glorious liberty to which you call all your children; through Jesus Christ our Savior, who lives and reigns with you and the Holy Spirit, one God, for ever and ever. Amen. 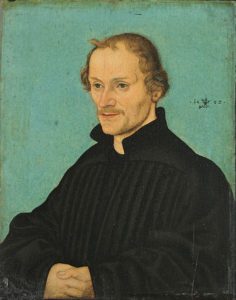 Edmund Hillary had Tenzing Norgay. Ginger had Fred. Joey had Monica and Chandler. And Martin Luther had Philipp Melanchthon.

In the shadow of Martin Luther was Philipp Melanchthon, who wrote some of the most important theological works of the Protestant movement. Melanchthon received a thorough classical education, studying philosophy, rhetoric, Greek, jurisprudence, and medicine. He was eligible for a master’s degree in 1512 but was denied the degree because he was only fifteen at the time. Four years later, he was finally awarded his master’s degree, and he began to study theology in earnest.

A year after Luther posted the 95 Theses, Melanchthon was invited to the university in Wittenberg, where he and Luther became fast friends and faithful collaborators. In 1521 Melanchthon published the first edition of Theological Commonplaces—the first systematic explanation of Reformation thought. Luther said of this work, “Next to Holy Scripture, there is no better book.” This text became the essential theological textbook for understanding the Reformation across Europe. It is possible that the comprehensive quality of this work is one reason that Luther never wrote his own systematic theology.

Not content with merely reforming the Church, Melanchthon also worked to improve education across Germany, writing a guide for elementary education that served as a model for schools across Germany. In addition, he provided guidance for the founding and renewal of several important universities.

Following Luther’s death, conflicts within the Reformation movement cast a shadow over Melanchthon’s work. On his deathbed, he wrote, “You shall be delivered from sins, and be freed from the acrimony and fury of theologians.” Following his death in 1560, Melanchthon was buried alongside Luther in Castle Church, Wittenberg.

Collect for Philipp Melanchthon
Almighty God, your Holy Spirit gives to one the word of knowledge, and to another the insight of wisdom, and to another the steadfastness of faith. We praise you for the gifts of grace you have imparted to your servant Philipp Melanchthon, and pray that by his teaching we may be led to a fuller knowledge of the truth we have seen in your Son Jesus, our Savior and Lord, who lives and reigns with you and the Holy Spirit, one God, now and forever. Amen.