Today in the Saintly Smackdown, we encounter a 19th century Canadian missionary and a 3rd century Roman martyr, as Henry Budd faces Cecilia. Will the entire nation of Canada rise up to vote for one of their own? Or will Cecilia, patron saint of musicians, strike a chord? Only the next 24 hours and your vote, will tell!

In yesterday’s matchup, Moses the Black defeated John Wycliffe 65% to 35% to advance to the Saintly Sixteen where he’ll face the winner of Raymond Nonnatus vs. John of Nepomuck.

Oh, and in case you missed yesterday’s stirring edition of Monday Madness, watch it here. Tim and Scott give shout-outs to parishes and schools who are all in for Lent Madness 2017 (send us your photos!), discuss the importance of the comment section, and invite viewer mail. Yes, YOUR QUESTION for the SEC could be answered in an upcoming episode. Submit them via Facebook or Twitter. 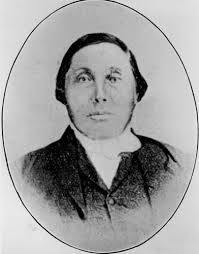 Sakachuwescam (Going-Up-The-Hill) was born to Cree parents in what is now Manitoba, Canada. He was baptized in 1822 by an Anglican missionary, who gave him the name Henry Budd (Budd is thought to be the surname of Henry’s father). Budd, his wife Betsy, and their children, as well as extended family moved to the Red River area where he taught at St. John’s parish school and served as a lay minister in the church. Budd proved a capable and enthusiastic teacher and a dedicated Christian serving the Cree community.

His success at St. John’s eventually led Budd to move with his family to W’passkwayaw (The Pas). He built a house church and held regular worship services. In June 1842, John Smithurst (another Anglican missionary) was overjoyed to see the result of Budd’s dedicated ministry: baptisms of 39 adults, 27 infants, and 22 schoolchildren. Pretty impressive numbers!

Budd was tutored and mentored by other clergy in the area, including Bishop David Anderson. Budd was ordained to the diaconate on December 22, 1850—the first person of First Nations ancestry to be ordained in the Anglican tradition in North America. Ordained a priest three years later, Budd served in Saskatchewan until 1867 and then resumed his previous ministry in The Pas. That same year, the local ministry board recommended reclassifying The Pas from a missionary station to one requiring a priest, preferably a First Nations pastor. Four previous English missionaries had failed to establish any thriving mission, complaining of “lack of evangelistic opportunities.” For all his success and exemplary ministry, Budd was paid half of what white missionaries in the same position made.

Budd was an eloquent preacher in Cree and English. His missions exhibited the highest standards of good management, self-sustainability, and outreach to the community. He translated the Bible and The Book of Common Prayer into Cree. He remained at The Pas until his death in 1875. His legacy includes the Henry Budd College for Ministry in Canada, which seeks to form Indigenous people for Christian ministry in the Anglican Church in Canada and to further the Christian expression of faith within the traditions of First Nations’ cultures and languages.

Collect for Henry Budd
Creator of the light, we thank you for your priest Henry Budd, who carried the great treasure of Scripture to his people the Cree nation, earning their trust and love. Grant that his example may call us to reverence, orderliness and love, that we may give you glory in word and action; through Jesus Christ our Savior, who with you and the Holy Spirit lives and reigns, one God, for ever and ever. Amen. 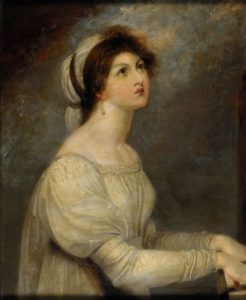 Cecilia harkens from the second century in Rome. Like many of the ancient saints, she is found somewhere in the mix of truth, legend, myth, and fiction. Whichever pieces of the story are “real,” they combine for a compelling picture of faith, belief, and devoutness to God’s calling.

Born to a wealthy Roman family, Cecilia was betrothed to a man named Valerian. Her family wanted her marraige to strengthen the bonds between the two families. Cecilia did not listen, instead insisting that she heard a chorus of angels calling her to a life of chastity and virginity. In the days before her wedding, Cecilia prayed, fasted, and sang, imploring God to protect her virginity. God sent an angel to protect Cecilia on her wedding bed. She told her husband that if he tried to consummate their marriage, the angel would smite him. Valerian could not see the angel, so Cecilia instructed him to walk to the third milestone on the Roman road, Via Appia, where his eyes would be opened. True to Cecilia’s word, an angel appeared to Valerian and his brother, and in short order, both converted to Christianity and were baptized. The brothers dedicated their lives to burying martyrs of the church who were persecuted by the local Roman officials.

While Valerian and his brother tended the dead, Cecilia preached and encouraged more than 400 souls to dedicate their lives to Christ. Her fervor attracted the wrath of the local prefect, and Valerian and his brother were executed, with the presiding prefect ordering Cecilia to be killed as well. They attempted to drown her. Then, they tried to burn the building down around her. An executioner was summoned by the prefect to behead her, and though he struck her three times, Cecilia remained in possession of her head. Three days later, she succumbed to her wounds and was buried by Pope Urban.

About 1,300 years later, in 1569, the church exhumed her body and found it to be incorrupt—without decay, the first saint to be found in such condition. The feast of Saint Cecilia is celebrated on November 22. Cecilia is the patron saint of music, in commemoration and honor of the heavenly chorus she is said to have heard each time she prayed to know and do God’s will in her life.

Collect for Cecilia
Saint Cecilia, heroic martyr who stayed faithful to Jesus your divine bridegroom, give us faith to rise above our persecutors and to see in them the image of our Lord. We know that you were a musician, and we are told that you heard angels sing. Inspire musicians to gladden the hearts of people by filling the air with God’s gift of music and reminding them of the Divine Musician Who created all beauty. Amen.

UPDATE This morning at about 11:45 EST, we became aware of voting patterns that are against the rules of Lent Madness. We discovered some 546 votes for Cecilia cast from a computer in Austin, TX, apparently at St. Andrew’s Episcopal School (according to IP address databases). These votes have been removed, and the address in question has been banned. Please remember: vote once only! If you can encourage your friends to vote, that is wonderful. But do not attempt to cheat the system by using a single computer to vote multiple times. Big Lent is watching.

UPDATE AGAIN: A student has admitted gaming the system, apology has been accepted, and we’ve restored voting to the school in question. Please don’t try to cheat. It’s Lent, for Pete’s sake!

375 Comments to "Henry Budd vs. Cecilia"