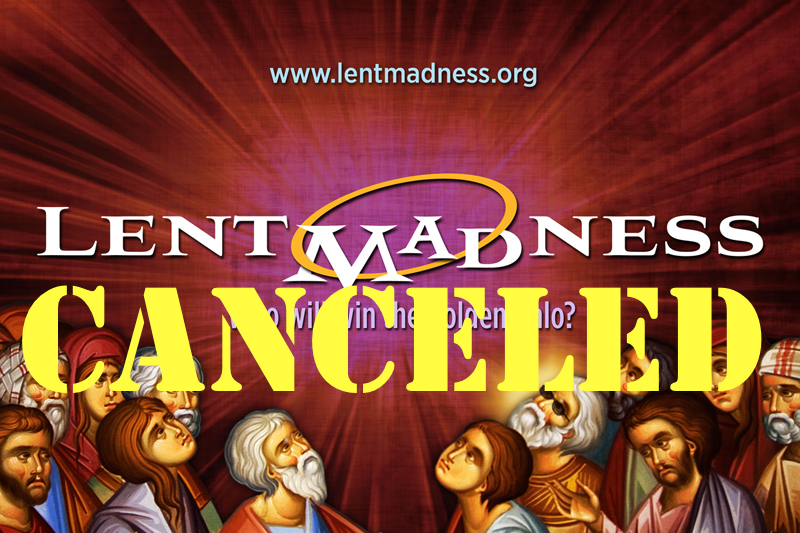 Lent Madness has been canceled, effective immediately. Even though fans will be disappointed, tensions grew too great within the Supreme Executive Committee. Known widely as archnemeses, it turned out that Tim and Scott just couldn't put aside their bitterness long enough to complete the season.

Newly unemployed Celebrity Bloggers will face a cruel return to the world of mere mortals, absent the crush of autograph-seeking bracketologists. Distinguished Celebrity Bloggers Laurie Brock, Megan Castellan, and David Sibley issued a joint statement on hearing the news, saying, "Now we know the true meaning of that ancient proverb, the bigger they are, the harder they fall. We wish Tim and Scott had never named us Distinguished." It's expected that a collection will be taken up for a therapy fund for bracket czar Adam Thomas, who won't know what to do each morning of Lent without the onerous burden of posting each day's results and updated bracket.

A passer-by in Hingham overheard Tim muttering to himself, "I knew Scott might not ever forgive me for shutting him out of the Toledo Blade in 2012 but I didn't think it would come to this." Meanwhile Scott was seen writing and then deleting the same Tweet over and over again without posting it, "Jesus said take up your cross and follow me, not take up your JERK and follow me. So long, @FatherTim." Go ahead and follow Scott and Tim on Twitter for what promises to be an epic Tweet-storm.

Fans will be disappointed, of course, that they'll never learn whether Amelia Bloomer or Fanny Crosby would earn a spot on Monday to fill 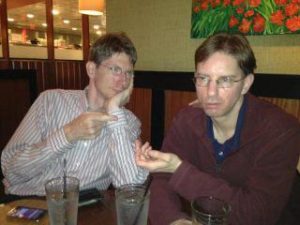 out the Elate Eight.

Also, don't expect a new episode of Monday Madness this week. Tim and Scott could only agree on one thing to include in a joint statement, "The line down the middle of the split screen on Monday Madness isn't thick enough. I won't share a screen with that bozo."

While Lent Madness fans wail and gnash their teeth, at least they can look forward to a pleasant memory of the days of yore on Easter Sunday when Mary Magdalene (Golden Halo winner in 2012) gets a shout out during the Gospel reading.

255 comments on “Lent Madness is Canceled”