If you watched yesterday's edition of Monday Madness, you know that Tim and Scott revealed a well-kept secret about the world's most 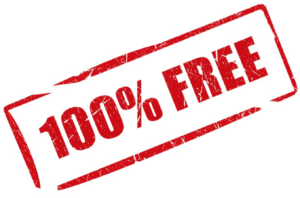 popular online Lenten devotion. Participation in Lent Madness is...(shhhhhh)...entirely free. You can simply download a bracket and vote during the weekdays of Lent.

Sure, you can purchase copies of The Saintly Scorecard: The Definitive Guide to Lent Madness 2018 or giant bracket posters to put up at church or Lent Madness mugs. And, yes, the Bible says (somewhere), "God loves a cheerful purchaser of Lent Madness tchotchkes."

But beyond our "no purchase necessary" approach to Lenten learning, we have one more item to give you. A token of our appreciation; a free pre-Lenten gift in the form of...an article about Lent Madness!

Perhaps you edit your church's newsletter. Maybe you like to share really long posts on Facebook. Or spam your friends and relatives with unwanted e-mails. However you want to use it, the article and accompanying graphics below are yours for the taking. Because we care. Enjoy!

Lent Madness 2018
The Saintly Smackdown is Back!

By now you’ve heard that Ash Wednesday and Valentine’s Day coincide this year. The real Lenten love, however, kicks off the next day on February 15. Why? Because for the ninth year running, people of faith are gearing up for Lent Madness, the beloved “saintly smackdown!” 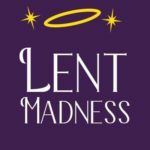 With its unique blend of competition, learning, and humor, Lent Madness allows participants to be inspired by the ways in which God has worked through the lives of saintly souls across generations and cultures. Throughout Lent, thirty-two saints will do battle to win the coveted Golden Halo. Based loosely on the NCAA basketball tournament of a similar name, this online devotion pits saints against one another in a bracket as voters choose their favorites throughout this penitential season.

This year Lent Madness features an intriguing slate of saints ancient and modern, Biblical and ecclesiastical. 2018 heavyweights include John the Evangelist, Margaret of Scotland, Richard Hooker, Katharina von Bora, and the apostles Peter and Paul.

The full bracket is online at the Lent Madness website www.lentmadness.org and, while not necessary to participate, you can order The Saintly Scorecard: The Definitive Guide to Lent Madness 2018 at www.forwardmovement.org. This companion guide includes biographies of all 32 saints, a full-color bracket, information about how to fully participate, and a series of Pocket Lent trading cards.

The formula has worked as this online devotional has been featured in media outlets all over the country including national television, the Washington Post, NPR, USAToday, and even Sports Illustrated (seriously). More importantly thousands of people have been inspired by the saintly stories of those who have come before us in the faith.

Eleven “celebrity bloggers” from across the country have been tapped to write for the project: the Rev. Amber Belldene of San Francisco, CA; the Rev. Laurie Brock of Lexington, KY; the Rev. Megan Castellan of Kansas City, MO; Anna Fitch Courie of Honolulu, HI; Dr. David Creech of Morehead, MN; Neva Rae Fox of Somerville, NJ; the Rev. David Hansen of Woodlands, TX; Emily Miller of Chicago, IL; Carol Howard Merritt of Chattanooga, TN; The Rev. Marcus Halley of Minneapolis, MN; and the Rev. David Sibley of Manhasset, NY. Information about each of the celebrity bloggers and the rest of the team is available on the Lent Madness website.