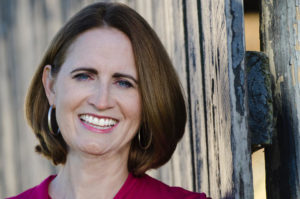 Laurie Brock, an Alabama football fan still basking in the warm glow of yet another National Championship, has been a Celebrity Blogger for so long that we’ve lost count of when she started. We do recall that she shepherded Francis of Assisi to the Golden Halo in 2015. More importantly, she is the owner of Nina, the Official Horse of Lent Madness. This proves two things: 1) Laurie is an accomplished horse rider and 2) we will give fancy titles to anything that neighs.

The Rev. Laurie Brock, Distinguished Celebrity Blogger, is a returning Celebrity Blogger because…well, let’s be honest, who WOULDN’T want this gig? She serves as the rector of St. Michael the Archangel Episcopal Church in Lexington, Kentucky. She blogs at www.revlauriebrock.com, and her new book, Horses Speak of God, is available in April of this year. She is also the creative force behind Fifty Days of Fabulous from Forward Movement. She frequently shares her quirky, snarky views on faith, Alabama football,and popular culture on Twitter at @revlaurieinlex. When she’s not doing priest things, she is riding her horse Nina, the Official Horse of Lent Madness.

1. If you could have dinner with any saint, who would it be and what would you serve? (and, duh, why?)
Pho with Mary Magdalene, and we’d go to the Pho restaurant in Lexington that’s near the church because their Pho is amazing and a large bowl of soup lends itself to lingering discussions about all things important. I would love to hear all the stories about her time as a disciple that didn’t make any of the Gospels, especially the level of mansplaining that occurred post-resurrection when she proclaimed the Resurrection to the Twelve. 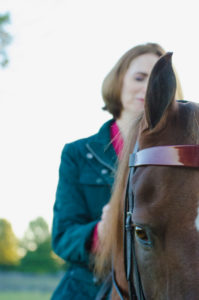 Hymn in heaven – There’s a wideness in God’s mercy, but only the Calvin Hampton tune. It’s simply ethereal.

Could never hear again – I’m going to make a vast generalization here, but I could never hear the National Anthem in church again. We have other lovely hymns that reflect our prayers and hopes for our nation that don’t muddle the lines between worship of Christ and worship of country.

I’ve been a Celebrity Blogger for 712 years now, and each year, I discover something new and inspiring about the women and men of the church we have declared saints. We have a tendency to see the era we’re experiencing as terminally special, that no one else has experienced this kind of upheaval, trauma, or challenge before in their community and in their faith. Their witness and lives proves otherwise. Throughout the lives of people of faith, we have stood in the face of injustice and felt despair and hope. We have watched the church crumble and rise. We have lost faith and found love. And we have done this as a people of God for thousands of years. Delving into the circumstances, situations, and lives of these women and men reminds me no circumstance is beyond our acting in love. The saints reinforce the presence of God in all things, and their belief and acts instill a resolve to act in love…always.