The Supreme Executive Committee of Lent Madness is pleased to announce that Lent 2018 will go on as previously scheduled. For the first time 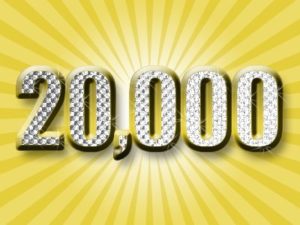 since Jesus himself entered the wilderness, this was not a foregone conclusion. If Lent Madness did not receive the required 20,000 likes on its Facebook page, a Lent shutdown would have gone into effect, sending the Lenten-Industrial Complex into meltdown mode and dashing the penitential hopes of billions of faithful Christians.

Thanks to the surge in Facebook likes over the past two weeks — over 2,000 — Lent will proceed as usual. While this news was greeted with euphoria all over the globe, not everyone was overjoyed with the news. “Rats! Now I actually have to write an Ash Wednesday sermon,” one priest stated on condition of anonymity. And reports have surfaced that the Hershey Corporation actively sought to suppress Lent by hacking into the Lent Madness website.

In the end, the global Lent Madness public voted with their clicking fingers and saved Lent. This display of penitential heroism will go down in the annals of ecclesiastical history. A you listen to The Great Litany this weekend, wondering if it will ever end, know that there are specific people to thank. The Likers of Lent Madness may well end up on some future bracket for having set aside selfish ambition and clicked with patience the Facebook page that was set before them. Well done, good and faithful clickers. You have indeed saved Lent.