Congratulations! We've collectively (almost) made it through another whole week in unusual times. Lent Madness-wise, we've nearly completed the Elate Eight. One more matchup to go to round out next week's Faithful Four as we continue our march to the 2020 Golden Halo.

Today, Margaret of Castello meets Elizabeth Fry as they vie for the last remaining spot in the Faithful Four. To get here, Margaret got past Simon Gibbons and Eva Lee Matthews, while Elizabeth bested Florian and Clare of Assisi. Who will join Harriet Tubman, Joseph, and Hildegard of Bingen (who narrowly defeated Brother Lawrence 52% to 48%) to make it to the next round? Well, that's up to you.

We'll be back on Monday morning as Harriet Tubman faces Hildegard for a shot at the Championship round. Stay safe everyone! 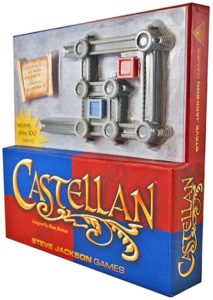 HEY THERE ALL MY CATS AND KITTENS. [editor's note: Megan told us that few would get this reference and we should edit out this line. But that's not how we roll]

While I promised in the last round to dig up some possible familial tie between yours truly and Margaret of Castello, the 14th-century luminary, I have had no luck. HOWEVER. I can tell you that she and I both have family ties to northern Italy, and appear to have families that worked as custodians of castles—from whither derives the name castellan. Therefore, I submit to you, o voting public, that Margaret’s first kitsch is this namesake game!  Build a castle, set it alight, then fear not, for Margaret will extinguish the flames!

(This may void the warranty, and may not actually be a great plan.) 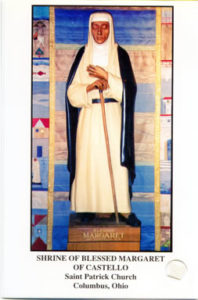 In other kitsch, please to recall that Margaret is from Italy. (As noted previously, so is your humble blogger). So, if you are wondering “Would I like a piece of her?  Huh?  Would I?” in the style of Italian people in movies you have seen, the answer is yes! Yes you do! Now on sale, for a small suggested donation: THIRD ORDER RELICS of Margaret! You can also buy prayer cards with a close-up of her uncorrupted face. So the next time someone tries to wall you up in a backroom to deny your very existence, shove these prayer cards in their face and defy them in the name of Margaret! 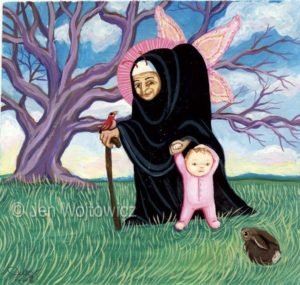 Maybe instead, you’d like some contemplative art to delight and slightly confuse a child you know? In that case, I present to you: Fairy Godmother Margaret! In the words of the artist: Margaret “is shown as a fairy godmother, protecting and appreciating the child she watches over.” (She’s got wings and antennae. I don’t know what to tell you.)

On a (much) more serious note, Margaret’s strongest legacy to us is that of 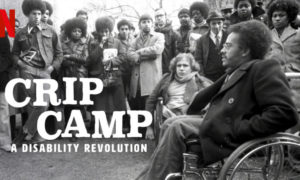 dignity and perseverance in the face of a world that didn’t believe she should even exist. For more of this, I present the movie Crip Camp, now streaming on Netflix. It tells the story of a summer camp in upstate New York founded in the 1970s for disabled kids where they could just be themselves—and the incredible things that they went on to achieve. While some of the language and subject matter isn’t necessarily kid-friendly, this movie is profoundly moving, and if you want to understand more of why someone like Margaret is important, and how far we are from honoring the God-given dignity of every human being, this is the movie for you.

Stay safe everyone. Emulate Margaret in these trying times: care for the most vulnerable, make good use of your time in isolation, and fear not! 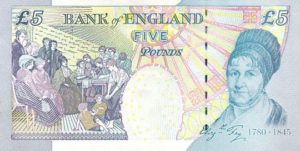 Elizabeth Fry hailed from the Barclay’s banking family, but her legacy lives on in the spirit of her social reforms and advocacy for women more than in commerce. Thus, original Elizabeth Fry kitsch is not abundant. A collector might be able to score one of the now out of print fivers featuring Betsy reading to the prisoners at Newgate.

She was also commemorated with this 4” x 4” cigar box label, an antique 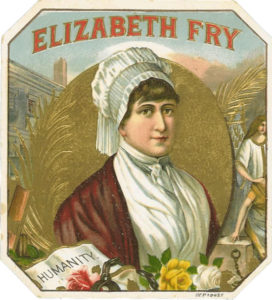 available on e-bay for $25, which seems an odd way to memorialize a social reformer, but hey, it’s cute in a Victorian sort of way. 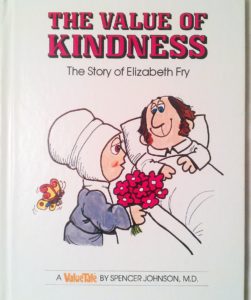 More fittingly, many editions of her memoirs and several biographies exist in print and audio. For the young reader, her story is told in this ValueTale, “The Value of Kindness.”

Investigating Elizabeth Fry items on the Internet reveals she’s a big deal in Canada! Elizabeth Fry societies abound. One more reason to move there! I want to join them all—and they have some really cool t-shirts, like these emPOWER shirts from the EF society of Ottowa and “Girls are not for sale” from the EF society of Peel-Halton (that’s in Ontario, for my fellow geographically challenged Americans). 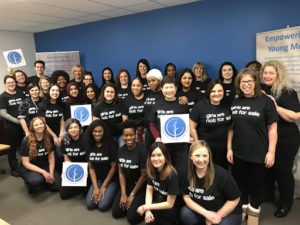 Can I just say, wow-people! Look at the amazing work still being done in Elizabeth Fry’s name!

If you don’t want to spring for that cigar box 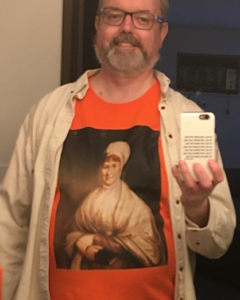 label and you don’t live near an Elizabeth Fry society, perhaps you want to honor her with your own custom-made t-shirt. Here’s Lent Madness devotee Jeff Downey in his, which he ordered in prison-orange from the website Zazzle.

Also on Zazzle, you can order lockets, key chains, and perhaps most practically, a coffee mug, which of course we all need if we are going to work as hard as the industrious Elizabeth who—you may remember from Monday—prayed for God’s guidance in what good works to leave undone. 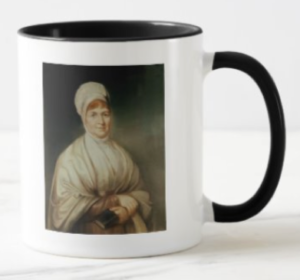 Or, of course you could just vote for Elizabeth in this showdown, and the nice people at Lent Madness will make an awesome victory mug with her image on in, and we can all guzzle caffeine out of it while we go about trying to better the world in whatever small ways we can.