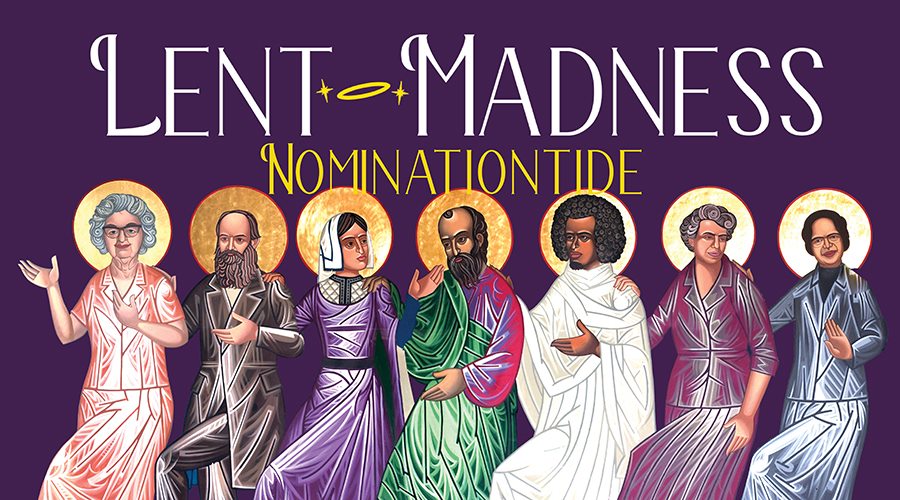 For one full week, the Supreme Executive Committee will be accepting nominations for Lent Madness 2022. The nominating period will remain open through Monday, June 7, at which point this brief exercise in Lenten democracy will cease and the SEC will return to their regularly scheduled benevolently authoritarian ways.

Nominationtide, the most underrated of liturgical seasons, never begins at the same time other than the vague “sometime after Easter Day.” This is partly because Tim and Scott have day jobs and partly because “whim” is one of their ecclesiastical charisms. But it’s here! And the world rejoices!

To insure your SUCCESSFUL nomination, please note the Nominationtide Rules & Regulations, which reside in an ancient illuminated manuscript tended to by aged monks who have been set aside by saints and angels for this holy calling.

As you discern saints to nominate, please keep in mind that a number of saints are ineligible for next year’s Saintly Smackdown. Based on longstanding tradition, this includes the entire field of Lent Madness 2021, those saints who made it to the Round of the Elate Eight in 2020 and 2019, and those from the 2018 Faithful Four.

Needless to say Jesus, Mary, Tim, Scott, past or present Celebrity Bloggers, and previous Golden Halo Winners are also ineligible. Below is a comprehensive list of ineligible saints. Please keep this in mind as you submit your nominations. Do not waste your precious nomination on an ineligible saint!

For the sake of “transparency,” the rest of the process unfolds thusly: Tim and Scott will gather for the annual Spring SEC Retreat at a secure, undisclosed location/coffee shop to consider the nominations and create a full, fun, faithful, and balanced bracket of 32 saints. Then all will be revealed on All Brackets’ Day, November 3rd. Or at least, “that’s the ways we’ve always done it.”

Time to nominate your favorite saint! But first, look over this list. Don’t throw away your shot.

The Saints of Lent Madness 2021 (ineligible) 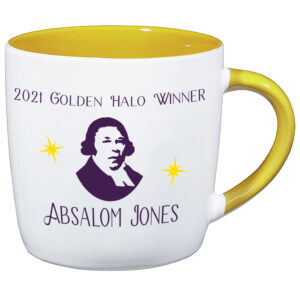 As you contemplate your (single!) nomination, why not aid your reflection and sharpen your focus with a hot mug of your favorite beverage? The most effective way to do this, of course, is by reverently sipping out of a Lent Madness mug from the Lentorium. We assume you’ve already ordered your Absalom Jones 2021 Golden Halo winner mug, but if not, here’s the link.

327 Comments to "Nominationtide is upon us!"