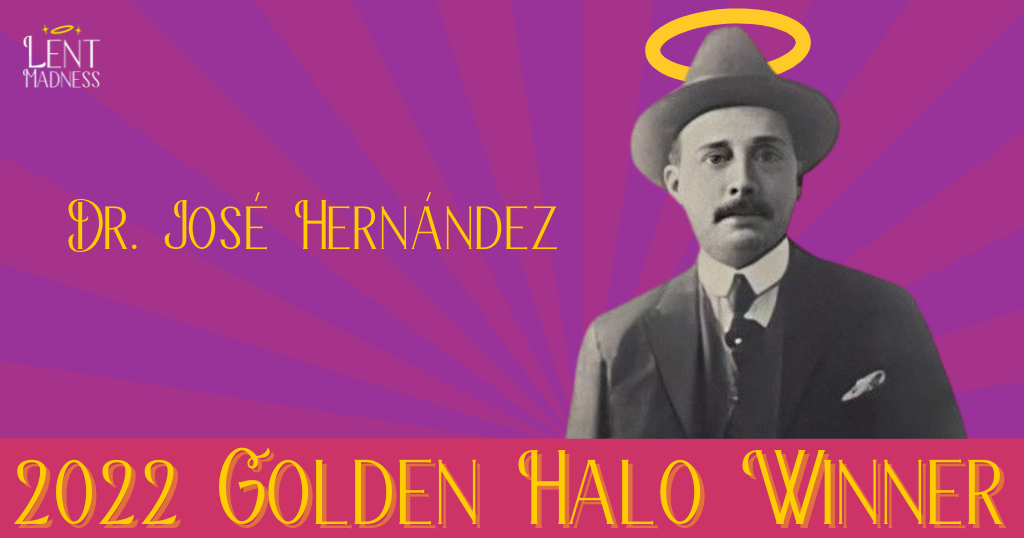 In a year marked by razor-thin margins of victory, the championship round between Teresa of Avila and José Gregorio Hernández did not disappoint! In the end, José  snuck past Teresa in a photo finish to win the 2022 Golden Halo. Both of these saints captured the imaginations of the Lent Madness global voting public and both are worthy of this ecclesiastical accolade. We are pleased to award Teresa the (rare) Silver Halo to mark this year's accomplishments.

Rest assured the result, while exceedingly close, is accurate. The Supreme Executive Committee spent the morning in the mezzanine-level review booth conducting a forensic analysis of the voting. There was some cheating involved on both sides and we eliminated those votes (come ON, people!).

To celebrate José's victory, perhaps you'd like a commemorative mug? You can enjoy your favorite warm beverage (the SEC recommends fair trade single-origin 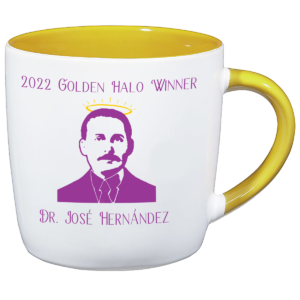 coffee, though they understand these also work well with tea) while remembering this epic season of Lent Madness 2022. Order your own mug today! They're just $11 and should ship sometime in the early summer.

Would you like to nominate a saint for Lent Madness 2023? Tim and Scott will be opening up the week-long nomination process (aka Nominationtide) in the coming weeks. While many are called, only 32 are chosen. Stay tuned for details!

Finally, blessings to all as we head into the Triduum and enter into the death and resurrection of our Lord. It’s been a privilege to have you join us on our Lenten pilgrimage. Happy Lent!