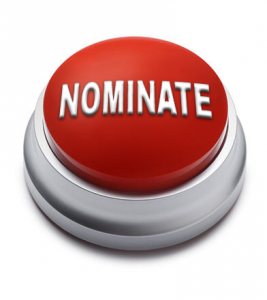 Nominations for next year's saints are currently being accepted from the floor! And the ceiling and the undercroft and the slate roof and any other part of the church that might be  susceptible to a touch of deferred maintenance.

As always, we seek to put together a balanced bracket of saints ancient and modern, Biblical and ecclesiastical representing the breadth and diversity of God’s One, Holy, Catholic, and Apostolic Church. In other words, kindly submit your nominations to the Supreme Executive Committee but don't throw a hissy fit if he/she is not accepted this year. There's always Lent Madness 2014 or Lent Madness 2029.

This year's bracket was formed with input from the Celebrity Bloggers and a Ouija Board (with the Holy Spirit hanging around behind the scenes). But for next year we decided to open the nominations to everybody. Don't worry, the SEC is not suddenly becoming a democratic institution -- the only time democracy rears its ugly head in Lent Madness is during the actual voting. Still, there may well be saints we didn't think of (hard to fathom) or a particular pairing that is worthy of the madness.

We're also considering two or three pre-Lenten play-in match-ups to keep things interesting and whet everyone's voting whistle in the waning days of the Season after the Epiphany.

As you discern saints to nominate, please keep in mind that a number of saints are ineligible for next year’s "saintly smack down." This includes the entire field of Lent Madness 2012 and those saints who made it to the Round of the Elate Eight in 2010 and 2011. Here is a comprehensive list of ineligible saints. Please keep this in mind as you submit your nominations.